↓
Home Menu ↓
Home→America’s Birthday: What Were America’s First Leaders Like 241 Years Ago Today?

It is the 241st birthday of our  nation, commemorating the signing of the Declaration of Independence in Philadelphia in 1776.

I usually run this column on George Washington’s birthday, however, in light of the character-challenged behavior being shown lately by our leaders and congress in Washington, it is instructive to look at our first leader, George Washington, the father of our nation.

One cannot help be reminded of the snowy winter at Valley Forge, when the bedraggled, poorly equipped rebel army suffered but held together, and attacked the Hessians in Trenton on Christmas Eve, 1776, crossing the Delaware River at night.

What kind of man was he that George Washington could inspire his troops against all odds?

Washington was a man of tremendous character. Where did he get this character? He specialized in self-control at an early age. 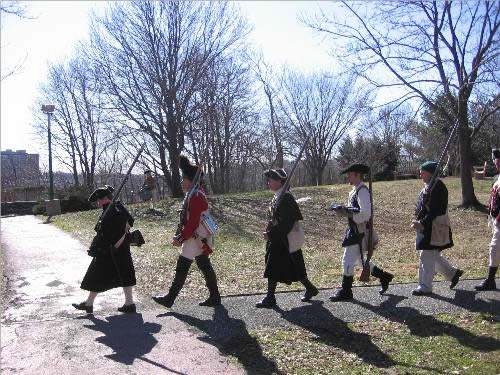 According to the character sketch provided by the authors of The American President, this personal “rulebook” was a book that Washington wrote over the years and referred to it often, 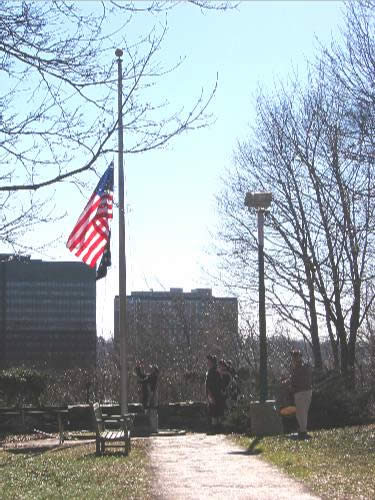 Washington inspired by example. He lived with his troops. He shared hardships with them, and so much was there respect for him that he was able to talk them out of armed rebellion at the end of the American Revolution.

Washington had been asked by the army to join them to over throw the Continental Congress, and make himself King. 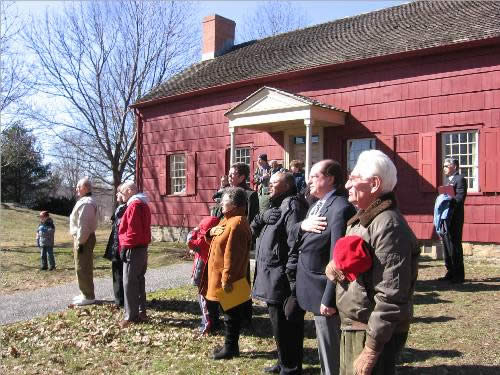 As President, George Washington invented the Presidential Cabinet, whom he referred to as “the first Characters,” persons who possessed the best reputations in fields and areas of the jobs he was filling. Washington said on political appointments,

“My political conduct and nominations must be exceedingly circumspect. No slip into partiality will pass unnoticed…”

His comments above resonate today in some of the most cantankerous rhetoric and partisan stands the country has experienced in years.

We should also remember that the signers of the Declaration of Independence in Independence Hall in Philadelphia today in 1776, were putting their lives at risk be meeting and discussing, arguing, the Declaration wording, despite knowledge that if British occupying troops learned of the meeting, they could have been arrested and hung.

That is a pressure the crybaby congress of today which cannot seek a way to compromise and seek compassionate solutions to the health care debate, and are “on recess,” do not have on them.

Compromise and respect for the other point of view and the millions who will be affected by what some would say are “reckless,” “feckless,” “cruel” and “dangerous” changes to traditional American policies are missing in today’s political discourse, if you can dignify it with that remark.

I’d like to introduce a new term, “transminder,” the ability to listen to those whose views are opposite of yours. Find between you what you feel is the ultimate goal of a policy change and how the good can be accommodated and the bad eliminated, without hurt with fairness to all. The more you talk in terms of the common good, the better what you come up with gets.

Can we do that?

I challenge every person in government to read the Declaration of Independence and the Bill of Rights and the Constition carefully today. It will not take long. Then measure your hates, prejudices, positions, and behaviors against those documents.

And, for all you “leaders” out there, wherever you are, George Washington’s word above are what you should measure yourself against.

He was the greatest leader of them all.