↓
Home Menu ↓
Home→600 All In for the Deer: Demand the Night 75 Deer Shoot at Teatown be Stopped. 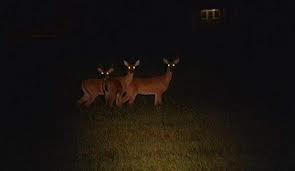 WPCNR ENVIRONMENTS AND ISSUES. From the Teatown Members & Neighbors Against Animal Cruelty. January 22, 2014:

After just five days more than 600 people have signed a petition strongly opposing a planned deer bait and kill program that is planned by the Teatown Lake Reservation, a prominent Westchester environmental education and nature center, the Teatown Members & Neighbors Against Animal Cruelty said today.

The  petition, initiated by Animal Defenders of Westchester, calls on the nature center to drop its plan to lure deer with bait and shoot them.  The plan calls for taking up to 75 deer this year.

The TMNAAC said that a member of the environmental center’s Advisory Board who has an extensive background in deer population management issues and approaches, said that he only learned of the deer slaughter plan when a story appeared on the front page of the local daily newspaper.

He said that he was shocked to learn that as a member of the Advisory Board that he had not been asked for input based on his experience or even informed that the plan was being implemented.  “Absent any immediate catastrophic threat to human health and safety, there is simply no reason to pursue a cull.”**

The nature center, which has an Ossining mailing address but is based in Yorktown, had not disclosed any information to the public regarding its plan that involves having sharpshooters armed with high-powered rifles stake out various locations where bait will be placed over a period of weeks to establish a feeding pattern for the deer.

Once the animals are conditioned to come to the feeding stations, the sharpshooters wearing night vision goggles will be stationed to shoot and kill the animals.  A State DEC permit will allow the taking of 75 deer this year and Teatown has indicated that it intends to continue the bait and kill program for at least five years resulting in killing literally hundreds of deer.  Teatown has not disclosed specific dates for the kill but the DEC permit gives it until February 28th.

TNMAAC said that a neighbor learned of the plan, was shocked and alarmed and posted it on the neighborhood email network.  Once outed, Teatown posted a Q&A about its plan on the email network but has otherwise not communicated with the neighbors or others.

“This plan is wrong in so many ways that it is hard to know where to begin,’ said Linda Conte and Anne Marie Marx, neighbors who founded TMNAAC to provide a unified voice for opposition to the plan.

“The idea of an environmental conservation organization that is visited by school children each day luring wild animals to slaughter them is enough reason to be disturbed.  Then you find out that that their plan calls for secret nighttime rifle kills in the middle of Westchester County which is unbelievable and frightening.  Teatown didn’t even inform its own members or its Advisory Board of this plan.  There’s no excuse.  It’s hard to believe we are talking about Teatown.”

They said that the opposition to Teatown’s deer slaughter plan was growing rapidly as more residents from across Westchester were learning about it.  “No other conservation organization in the county has taken this extreme approach.  Westchester County itself considered the idea in its parks and rejected it.  “We can’t understand why Teatown, an organization that we respect and have been members of for many years, would authorize and pay to slaughter innocent animals.

“We call on the Board of Trustees to put a stop to the current plan.  It’s not too late to let reason prevail.  End the cruelty before it starts and begin a discussion with Teatown’s members, neighbors and the community.”

Don’t stand by while these animals are slaughtered. Let your opinion be known. Please sign the Petition:  http://chn.ge/1dzcmrV