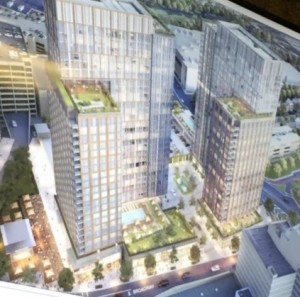 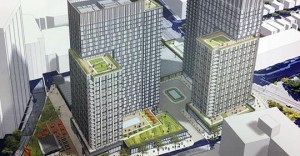 Lennar Corporation told the White Plains Common Council Monday evening in a work session at City Hall, the company could not find financing sources willing to finance their original mixed use residential and retail concept of their White Plains Pavilion rebuild proposed in 2014, according to Councilwoman Nadine Hunt-Robinson. 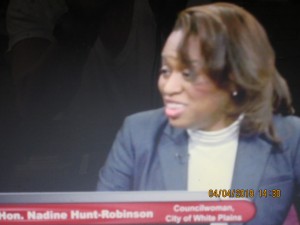 Hunt-Robinson told WPCNR, “They had a problem due to the amount of retail. We all know the problems brick-and-mortar retail is having at this time. They have added one third more open space, are building two narrower buildings, less massive,  and increasing the number of units to over 800. There is a possibility that some may be condominiums as well as rental units. Price points were not presented. It will be built in two phases, because financing sources like to see (as with 55 Bank Street which became half-rented shortly after opening),  evidence of viability.”

Hunt-Robinson said Lennar is now seeking financing  for this new design concept, and retail willingness to commit. She said if they complete the financing they could possibly begin construction in the spring of 2019.

Retail is not completely out of the project.

Hunt-Robinson explained WPCNR that restaurants are still in the mix. She said the buildings are conceived as being marketed to millennials and empty-nesters.

Children will probably accompany some millennial renters/buyers  and grandparent empty-nesters,  she said, and felt what the developer described as  “Experiential Retail” businesses like  Gymoboree might be possibilities for the slimmed down retail component