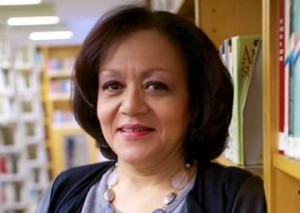 WPCNR COUNTY CLARION-LEDGER. From the Westchester County Board of Legilsators. May 7, 2018:

Terry Clements, winner of the April 24 special election for the 11th legislative district, officially will join the County Board of Legislators today.

The Board will hold a swearing-in ceremony for Clements before its regular meeting on the 8th floor, 148 Martine Avenue, White Plains, NY 10601.

Clements’ election gives Democrats a 13-4 majority on the Board.  It’s also an historic election for the Board, which will have a majority of women for the first time ever – nine out of 17 — and will become the only county legislature in New York State in which women currently comprise a majority.

“I’m grateful to the people of New Rochelle, Pelham and Pelham Manor for choosing me to represent them at the Board of Legislators.  It’s a responsibility that I don’t take lightly,” said Legislator-Elect Clements.

“As I said during the campaign, I intend to focus on important fiscal and environmental issues, and to make sure we’re doing all we can to have safer schools and sensible gun reform laws,” Clements added.  “I’m also thrilled to be playing a role in such an historic moment in the history of the county, joining the first-ever female-majority on the Board of Legislators, and the most racially-diverse Board in county history.”

Board Chairman Ben Boykin (D-White Plains, Scarsdale, West Harrison) said, “I’m excited that Terry Clements will be joining the Board of Legislators for this historic session. Westchester voters have written another chapter in the history of the Women’s Rights Movement, electing a legislature with a majority of women for the first time in the county’s history.  It’s also a proud moment to see a Board with the largest number of African-American legislators and legislators of color in its history.  With Terry, the residents of the 11th district will have an outstanding representative and the Board can continue the work we’ve started to enhance the quality of life for all the people of Westchester.”

Majority Leader Catherine Parker (D- Harrison, Larchmont, Mamaroneck, New Rochelle, Rye) said, “I’m thrilled that Terry will be joining the Board, and thankful to be part of this historic moment in the history of Westchester, the state and the nation.  Westchester residents put their principles of equity and fairness into action at the polls, and now it’s our job as their representatives to follow through with legislation that embodies those principles.  With the Board’s five freshmen members, the largest number of people of color in the Board’s history, and the groundbreaking majority of women, it’s truly a new era for the Board and for Westchester.”

Clements, a Democrat, defeated Republican candidate Jim Freeman by a margin of 54-46 percent in a special election to fill the seat vacated when former Legislator Jim Maisano, left to become director of the county’s Department of Consumer Protection.

Clements is a teacher at Columbus Elementary School in New Rochelle and is a former Adjunct Professor at Fordham University. Over the course of her public life, she has served as Vice Chair of the Westchester County Democratic Committee, Chair of the Black Democrats of Westchester, member of the Westchester Black Women’s Political Caucus (Mt. Vernon Chapter) and State Committee Woman representing the 88th AD.