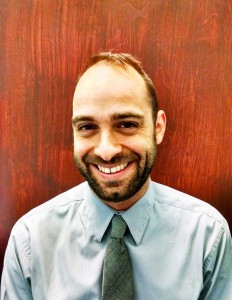 The City of White Plains Common Council voted to approve Christopher Gomez, most recently Director of Planning and Development  for the Village of Port Chester to the position of Commissioner of Planning.

John Callahan, City Chief of Staff told WPCNR that Mr. Gomez had accepted the position and will be paid $145,000.

The Planning Commissionership has been vacant since January 15 when the city removed former Commissioner of Planning Elizabeth Cheteny for reasons not officially disclosed.

Gomez, 38, is a resident of Peekskill, NY, where he serves on the Peekskill Planning Commission, in addition to his full-time position with Port Chester.

He joined Port Chester as Director of Planning and Development in 2011 at a salary of $110,000, its first-ever full-time planner.

Prior to serving with the Port city, he worked for the Andrew Spano administration  as a member of the county Planning Department  for six years. His most notable accomplishment was designing the “Westchester 2025″ program.. Westchester 2015 is a computer application that works with local governments and communities to model what developments would look like and analyze infrastructure needed to support the new projects. He is considered an expert at computer modeling  what developments might look like with computer simulations.

Gomez is described by a professional who has worked with him in Peekskill and knows him from Port Chester as “a good man,” and a “good fit” for White Plains

According to the  letter from Mayor Tom Roach requesting Council approval of the hire, he is to begin work with the City of White Plains July 7.