The Common Council moved last night to set the first of three Public Hearings to review the at long last official proposed site plan for the French American School of New York consolidated campus proposed for the grounds of the former Ridgeway Country Club. Mayor Thomas Roach said the hearing would probably continue into September. 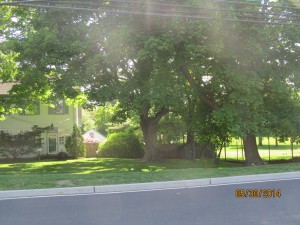 The new proposed site plan based on the Final Environmental Impact State accepted by the Common Council in December confirms what WPCNR reported last Friday when WPCNR learned that the French American School had purchased 565 North Street (mailing address,557 North Street, identified in the site plan material released today), shown above,  the home and property adjacent the former fairways of the club which end at North Street .

The new proposed North Street entrance in the site plain looks like this: 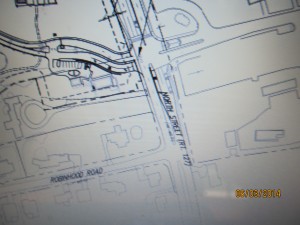 The acquisition of the property shown, allows FASNY to build a turn in and turn out intersection in direct line with the present entrance to the White Plains High School. Previously the school had proposed the Board of Education agree to move the entrance slightly north to connect to the defunct fairways. The new plan no longer needs any approval from the Board of Education since it has acquired the 565 North Street  property.

The rest of the new site plan overview: 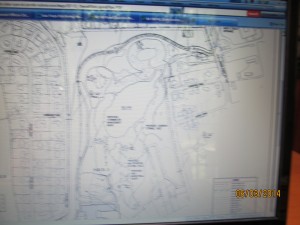 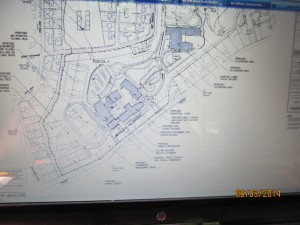 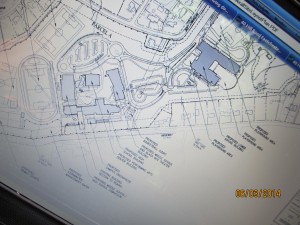 Close up of the main campus site plain