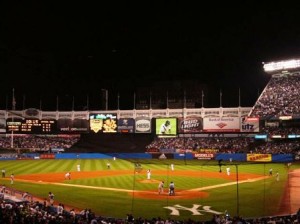 The Ballantines are on me!

(Snapping the cap off a Ballantine beer, pouring that pure golden delight  into a tall pilsner and toasting Hal Steinbrenner for the big buy!

Can’t you hear the jingle…playing inbetween innings right now with John Sterling and Susan on the radio?

Can’t you hear the unmistakable impact of that golden Ballantine hitting the pure white head in that pilsner glass, the sizzle of steaks?

There’s a new jingle in the Bronx:

I cannot wait for Opening Day. With all this white outside in the New York area, the Stupid Bowl coming up — (man, I am hoping for 10 inches of snow February 1) baseball and the Yankees have given New York baseball hope! Pitchers and catchers report  for spring training  in 5 weeks.

Ken Rosenthal of Fox Sports just reported that Steinbrenner the Younger,  Hal Steinbrenner has opened the New York Yankee/YES NETWORK  coffers and signed  Masahiro Tanaka, like his namesake, Tanaka, the head of the Japanese Secret Service in the James Bond movies, the 25 year old righthander from Japan, keeps close counsel and says little and let’s performance on the mound do the talking.

Today he has signed for $155 Million over 7 years with the Bombers, taking the money the Bombers could have spent on Robinson Cano, whom they  let go, in a gamble to shore up their pitching over the next 5 years.

Tanaka will get $22 Million a year — what Cano was reportedly asking from the Yankees to stay. In one breathtaking swing of the wallet, the Yankees have served notice they are not selling the club any time soon and will not wait to contend. They have also picked up a drawing card that people will come out to see.

This gives the Yankees a vaunted 1-2 starter combination of Sabathia and Tanaka. But, the Yankee bullpen question is a little iffy, and the hitting still a question. But, the addition of a bona fide healthy young arm should get them into the playoffs. But, can they hit? Can the bullpen save without Manuel Rivera?

Obviously the economy is recovering.