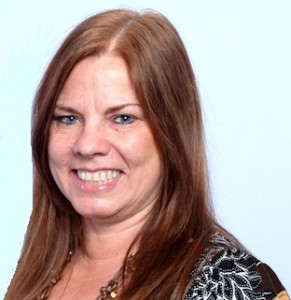 AnneMarie is a lifelong resident of White Plains for 46 years and has lived in 5 different neighborhoods throughout the city: Prospect Park, Soundview, Battle Hill, Fisher Hill, and now The Highlands.  She and her husband Rui have been married for 26 years and have two adult children, Ashley and Rui, who attended White Plains Public Schools K-12.

AnneMarie is a licensed insurance and real estate broker in downtown White Plains.  Actually, her insurance company is in the Republican Headquarters, thus ultimately leading her to run for Common Council.

Her exact words were “I want to run for Common Council because instead of complaining, I want to get involved!”  So that is exactly what she did. 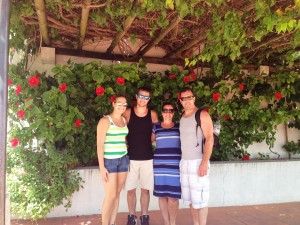 As a middle class working family, Rui and AnneMarie have seen their real estate taxes double in the 13 years they have lived in their same home in the Highlands!  This is one of AnneMarie’s biggest concerns, taxes.  She realizes through her career as a Realtor that senior citizens in the city can’t afford to live in their homes any longer because of the ever increasing taxes.  She would like to see a City Senior STAR for them to help alleviate the high taxes to try and keep them in their homes!

Another concern of AnneMarie as a lifelong citizen was the two large Open Spaces that were made available to the city over the last decade that would have benefitted all White Plains residents, young and old!

Both were voted down by some of the present common council members and the mayor!  One was NY Hospital’s proposal to give the city an abundant amount of acres for a “Central Park” including playing fields!   The other was Ridgeway Country Club that the city passed on buying.  It should/could have been White Plains’ “Lake Isle” as in Eastchester that is a money making venue for that city and a club for its residents.

As a Realtor in White Plains, AnneMarie has seen the effect that the sale of the (Ridgeway) club to The French American School of New York has had on the real estate values of the homes in Gedney Farms.  They have lost anywhere upwards of $200,000 each, which is approximately a 20%+ decrease, whereas other areas in the city have only saw half that or less.

AnneMarie is a kind hearted person and would help anyone she meets.  She now wants to expand that by running for Common Council and helping her city and its residents.  She knows exactly how they feel because she has been one of those citizens and is ready to listen, act, and try to make changes to the way business is done in the city.

The city has been at a stalemate and some of the decisions that have been made were not really the most beneficial to the residents.  AnneMarie feels the residents have been cheated out of useful, family, green space that would have been used by all, young and old!