The Bud Bungle 3: Replay Disrespects Umpires and Umpires,Fans, Players should Throw  it Out. 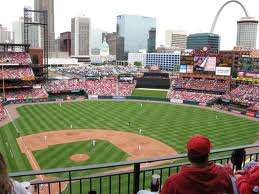 Bud Selig, the Commissioner of Baseball is making a serious mistake.

He has recommended instant reply to review umpire’s calls that managers disagree with (from as much as 100, 200, 400 feet away).

Why instant replay? Too many bad calls they say. We need to get the calls right they say.

Umpires do get them right. More than 99% of the time.  A lot better than any other officials in any other pro sport.

With replay,   a dignified and awesome profession is being  humiliated:

What baseball really needs is to only have the best senior umpires with a low percentage of arguments and comment assigned to the post season (not rotated) and stop cutting slack for umpires who consistently make mistakes.

But they never do that. When you get to the show, you  can do no wrong. Umpires are in better shape, but there is still portliness that afflicts some (not many) when they have to become mobile.

Baseball umpires are professional sports best officials. There may be one bad call every two weeks that makes headlines and that is exaggerating.  That’s about 50 errors a  year out of millions of plays—teams make hundreds of errors a season.The men in blue, gray, and natty black are full-time umpires.

They are not amateurs like the NFL  zebras who I guarantee you make the one bad call every game that decides the contest they are officiating.

If baseball games were consistently being decided by bad calls, the media  might have a point. Most games are decided by bad fielding and lousy pitching (in the pinch) and timely hitting.

Post season gaffes have been committed by umpires who have not concentrated.

Egregious calls come to mind that have to be concentration lapses:  the foul double that allowed the Yankees to win a playoff game with the Twins that turned around that series; the home run on fan interference when a fan caught a ball that an outfielder was  camped under in another key Yankee playoff win, ( with I believe the Orioles);  the miscall of a homer by an entire crew this year in Cleveland, and going way back, the infamous Ken Burkhart calling a Cincinnatti Red out  at the plate with Burkhart’s back to the plate in the 1970 Series, perhaps the worst call of all time. None of Burkhart’s umpire compatriots would overrule him on that one. And that play  turned around the series.

The umpires did not get those calls right because they were not concentrating and were out of position. Not ready for the play.

2.) I am moving when I make the call (distorting my headview on the ball’s movement, and

No call should ever be made when the ump is hustling to make the call. (Factors in each of the above egregious calls) He or she needs to stop and watch the play as it happens. Pause. Then make the call.

The replay decision will also take away the wonderful fun of the baseball rhubarb.

The most exciting thing a fan sees short of a game winning hit or a great play is the heated argument. On the radio, Mel used to say, ” And Casey’s  (Stengel) out of the dugout,” to announce that the Ol Perfessor was incensed over a Nestor Chylak call.

There will be no more kicking of dirt like Ralph Houk did on umpires’ shoes. No more Earl Weaver drop-kicking his hat. No more Billy Martin jaw-to-jawing with the arbiter, his veins standing out on his neck. No patient Jim Leyland eyes bugged infuriated.

Watching the Jet football game Saturday night, I timed the first challenge play that Rex Reed threw. It took two minutes with the replay right on the field.

It will be fun shooting a complex baseball replay  to New York for a baseball guy to review it as baseball proposes. That is two minutes if baseball’s great umpire review panel  executes in Manhattan correctly. Are they going to have a replay crew for every game in the bigs? Every day?

There is great room for strategic gamesmanship here.

The banger at first, costing a rally killing doubleplay anytime will be challenged.

The over the bag foul or fair call that maybe gets a piece of the bag.

Fan interference will bring a challenge, particularly on foul pops into the stands with ducks on the pond.

Close pitches that may nick a uniform and put a man on base could be challenged (big rally-builders).

Alleged balks will be cause for challenged. It is unclear if judgment calls like infield fly will be grounds for debate.

And of course the always popular phantom tag (will “Bud Replay” make the gentleman’s agreement allowing a no-touch at second on a double play to avoid rolling blocks taking out the Robby Canos and Jeters for a season, be continued?).

The managers can use the challenge as a “freeze weapon” to disrupt a pitcher who may be humming along, or if your pitcher is tiring, throw a challenge to give him a rest.

Unscrupulous managers like Leo Durocher whose sign stealing scheme in the Polo Grounds won the pennant for the Giants in 1951, would have a field day with instant replay.

Great catches will be challenged, particularly for “traps” in the outfield. Balls brushing a wall. Snowcone catches.

This  replay is a foolish decision, the product of a media obsessed with improving the game so they can see justice done.

That’s why baseball is so wonderful: It is filled with irony, human error, unscrupulousness, heros, villains, and the umpire is the guardian of the game. Taking it out of his hands challenges the integrity of the game.

Suppose it’s the Dodgers and say the  Pirates in the seventh game of a playoff to get into the Series? Suppose a play happens at the plate in the lates. Did the catcher have possession long enough to record an out, he appears to juggle as a Bucaneer slides across the plate with the winning run.

Don Mattingly challenges. It goes to New York for a replay. Now bear in mind that L.A. in the series will have much more viewers for the networks than Pittsburgh. Will the replay reviewer be influenced by this very well-known fact?

It is well-known that the Detroit St. Louis series and the Tampa Bay-St. Louis  Series just did miserable in the ratings.

This is a factor. As we all know we can count on baseball for its unscrupulous integrity. Like its secret loan to the Wilpons to meet the Mets payroll. Like failing to suspend good-guy press darlings for drug use when they admitted it. Like suspending a Red Sox pitcher only 5 days after he throws at A-Rod four times. Yeah, they have real integrity.

Moreover, technology can lie to you.

The cameras major league baseball intends on using  are high resolution, but they do not deliver true depth of field.

This, in my opinion is why players look safe or out on replay. If you see a tag, face on, instead of to the side…the umpire cannot tell depth or whether the tip of the glove actually clipped the shoulder or thigh or hand. You can see this on the picture of Joba Chamberlain tagging a Blue Jay out in Wednesday’s sports sections.

However this is an excellent opportunity for a sponsorship.

I can hear John Sterling now. “This challenge is brought to you by Fussy & Feuder , the official Replay  consultants to the New York Yankees…when you care enough to make sure”

For a leader of an umpire school to embrace the concept of getting the call right as justification for replay, is troubling.

Except for the plays I have mentioned at the top of this article, less than a handful of games in the post season have been lost by a poor call by an umpire.

Umpires make the calls as they see ‘em.

The great ones have the best view in the house

They make the call in real time. Not slow motion distortion.

And when you come down to it, there is nothing more exciting than a great call on a close play. You talk about that the entire rest of the game.

Whereas an overturning of a call by instant replay is as exciting as getting a traffic ticket.

It is anti-climactic and as the game continues there is a bad taste. A pall that lingers over the game. You never get the game momentum back. Watching any NFL game will tell you that.

At the ballpark, when there is a controversial call it becomes the stuff of conversation through to the final out and backhome on the subway after the game. Was your team able to overcome it? Justice! Delerium. Did you lose because of it? “We was robbed.”

With instant replay, the fan will never have the satisfaction of his team beating adversity by overcoming a bad call, or the justification of saying “We was robbed again.”

Instant replay is Out if I’m making the call!