↓
Home Menu ↓
Home→Lecuona Confirms Her Petition Signatures to Run in Democratic Primary Are Challenged by Democratic Party in White Plains. Kraver, Council candidate Reports His Petitions Have been Challenged, too. 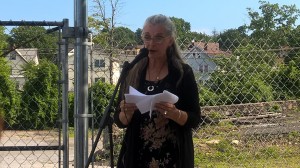 White Plains Councilwoman Milagros Lecuona confirmed today to WPCNR, as she said on Radio WVOX this morning, the Democratic Party Leadership has challenged many of her 2,700 signatures she acquired on her petitions. In a statement, Ms. Lecuona wrote WPCNR:

“My democratic petitions have been challenged. Not the Republican petitions.”

The Democratic challenge comes despite the fact Lecuona said last week she remained true to her Democrat principles and would not change parties to run on the Republican Ticket.

On WVOX this morning  on the Bob Marrone Good Morning Westchester program, Lecuona said she is being challenged because “The Mayor is afraid he might not win this election.”

She said the Republican and Conservative Parties (that have endorsed her as their candidate in the November election nominated her based on positions she has taken and were impressed with how she makes decisions “based on the homework you do and not along party lines. They (the Republican party and Conservative Parties) are very aware what this (election) is about: best policies, real policies ”

Marrone asked why should people vote for her for Mayor, Lecuona said “I care about the neighborhoods, I have the expertise, and people trust me. I will represent all the people when I am Mayor.”

Lecuona also gave a nod to the quality of  Michael Kraver, Alan Goldman and Saad Siddiqui, she is running with who are seeking the Democrat nominations for Common Council, challenging incumbents John Martin, John Kirpatrick and a first-time council candidate Justin Brasch. Remarking that “rubberstamping is unprecedented” in her years on the council, she said Kraver, Goldman and Siddiqui bring “a new energy to the city council,” saying they were younger, and represented the future of the city. 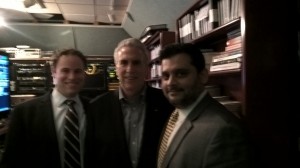 Kraver, writing on Facebook today, expressed these comments about the Democratic City Committee challenging his politicians:

“This weekend, I learned that the local Democratic Party establishment is challenging the signatures that I and the rest of my slate submitted. They want to keep us off the primary ballot, to ensure that their preferred candidates have the Democratic line in November.
To qualify for a primary, my slate was obligated to submit slightly more than 900 signatures, and we submitted more than 2,000. Nonetheless, the local Democratic Party establishment spent hours upon hours of time, and submitted hundreds of pieces of paper to the Board of Elections, to disqualify us.
They are trying to silence the local Democrats who signed on for a change to the status quo, and they are disrespecting the local Democrats who walked under the summer sun getting signatures on our behalf.
Taxpayer resources will now be used on employees at the Board of Elections spending days resolving disputes and inspecting thousands of signatures.
The Democratic Party is supposed to be better than this.
We pride ourselves on being the party that fights to expand the number of people who participate in the political process. My slate’s petitioning effort was supported by Democrats in White Plains who have never carried petitions before, and the slate includes three candidates who have never held office before.
Yet, instead of welcoming the primary election that should result from this effort, the local Democratic Party establishment is trying to rig the outcome without a vote. I and the rest of my slate are extremely disappointed, and we will fight for a spot on the primary ballot.
On a more personal note, I must say that while I knew to be prepared for political tricks when I decided to run, this is beyond the scope of what I expected.
I graduated from White Plains High School, and after obtaining two degrees from an Ivy League university I moved back to White Plains. I chose this community to raise my children in because I want them to enjoy the benefits of being educated in our high-quality diverse school district.
I have been a District Leader for the White Plains Democrats for 7 years, and served two terms on its Executive Committee. The notion that I now have to fight the people in charge of my own party just to get on the primary ballot saddens me deeply. It’s no wonder we have so much trouble attracting good people to run for public office.
Unfortunately for the folks who comprise our local political establishment, I’m a White Plains kid and I don’t scare easily. So, I’ll scratch and claw and fight, and do what I can do to get on the ballot and give the voters of White Plains the choice they deserve.