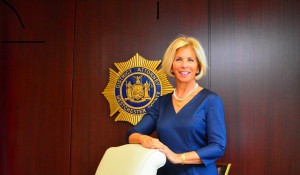 Editor’s Note: This month, District Attorney Janet DiFiore begins a column to alert county residents of typical scams  they should be aware are being tried on residents With families going on spring break vacations, her first column is particularly timely. We appreciate the District Attorney for beginning a practice WPCNR has long advocated law enforcement organizations practice: preemptive information.

Westchester County District Attorney Janet DiFiore wants to let the public know about trends in crime and criminal behavior that can have an impact on the safety and well being of the citizens of WestchesterCounty.  This is the first in a series of “Community Alerts” which will identify and explain those topics, giving the public information it needs to avoid being a victim of a crime or of inappropriate behavior.

There is nothing like the love and affection grandparents have for their grandchildren. And it is that emotional connection which is being exploited by scammers who are stealing thousands from unsuspecting victims. Westchester County District Attorney Janet DiFiore wants to alert the public to the “Grandparent Scam”.

The scammers begin by checking out social media pages of potential victims; checking on names, relationships and phone numbers. The scam itself, works like this. A grandparent gets a frantic call in the middle of the night from someone posing as their grandchild saying they’re in trouble. They might say they’ve been arrested or have been in a car accident and they need their grandparent to wire them money right away. The “fake” grandchild will often plead, “Please don’t tell my parents”. If the caller doesn’t sound like their grandchild, they explain it away be saying “I have a cold” or “My nose was broken in the car accident.”

The call comes in the middle of the night to cause confusion and dread. Good news is usually not delivered at those hours and victims are often panicked or distressed upon learning a loved one is in danger or in trouble.  They often don’t ask more questions. They hesitate to call other family members because they’re protecting their grandchild.

The grandparent is told to wire 1,000 or more dollars to somewhere out of state or out of the country. Once that happens it’s like handing over a bag of cash. It’s gone. The victim is often too embarrassed to report it.

You should report it to your local police department or the Westchester County District Attorney’s Office. Here are some tips to avoid being a victim of the “Grandparent Scam”:

Imposter scams like the “Grandparent Scam” are increasing at an alarming rate. But now that you know about it, forewarned is forearmed.