WPCNR’s The Daily Bailey. By John F. Bailey. February 12, 2014 From the WPCNR ARCHIVES.

He had to create things as he went, dealing with a complex political issue: slavery, while deciding to fight a war to preserve a divided nation. 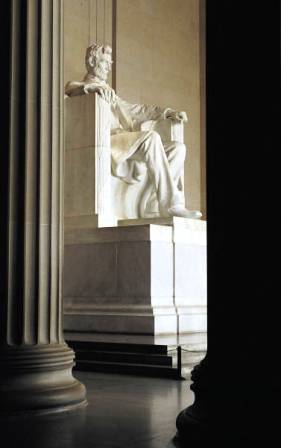 How did Abraham Lincoln handle pressure and political opportunists? He did not have press agents and spinmasters and talk show hosts and superior punditry critiquing his every move and loading him up with advice.

In the days of Lincoln, media coverage was simply print media. However, the amount of reporting on the burning issues of the day was far more detailed than today with dozens of newspapers presenting the chronicles of burning issues. For Lincoln’s presidency was the presidency of the nation’s greatest crisis in its eighty-five year history:

Lincoln’s face had nothing in it of the sunny, gladsome countenance he first brought from Illinois. It is now a face haggard with care and seamed with thought and trouble…tempest-tossed and weatherbeaten, as if he were some tough old mariner who had for years been beating up against the wind and tide, unable to make his port or find safe anchorage…The sunset of life was plainly looking out of his kindly eyes.”