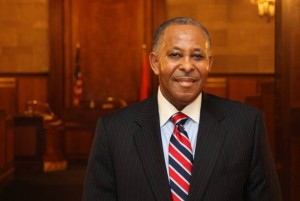 WPCNR COUNTY CLARION-LEDGER. From the Westchester County Board of Legislators. January 6, 2014:

Ben Boykin, a former White Plains Common Councilman and a business executive with a strong record in community service, was sworn in officially tonight as a member of the Westchester County Board of Legislators (BOL). He will be representing the county’s 5th Legislative District, which includes Scarsdale, most of White Plains and a portion of Harrison. The district was previously represented by Bill Ryan, now retired.

“I am looking forward to working with the sixteen other County legislators to hold down property taxes and create new job opportunities for the residents of Westchester,” said Boykin. “Government, at all levels, has to take a proactive approach in increasing economic growth and ensuring a level of prosperity for future generations. That’s no small task, but I think working together we can achieve success.”

Boykin noted that many Westchester residents are still in need of help and support from County government programs, and pledged to preserve child care subsidies for working mothers while also maintaining services for seniors and at-risk youths.

A Phi Beta Kappa graduate of the University of North Carolina and Northwestern University’s Kellogg School of Management, Boykin is a Certified Public Account and former Assistant Treasurer at Nabisco, where he helped the international conglomerate maintain its investment-grade credit rating. Presently, he runs his own financial consulting business, Ben Boykin & Associates, in White Plains.