↓
Home Menu ↓
Home→SCHOOL DISTRICT HAS BEGUN ITS SEARCH FOR A NEW SUPERINTENDENT. 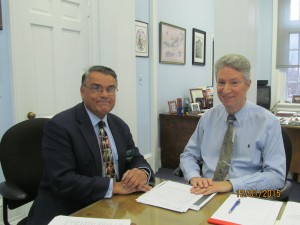 The White Plains City School District announced in the Winter Edition of its Community Links publication Friday that it had begun a search for a new Superintendent of Schools who would replace Dr. Paul Fried, and take over the position from Acting Superintendent, Lawrence W. Smith July 1, 2017. 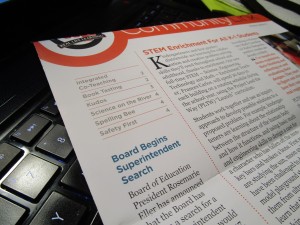 Community Links announced that Dr. Fried has submitted his resignation to the Board on Monday, December 12, after he had been on medical leave since last May. The nature of his illness was not announced.

Dr. Fried leaves the district after a year and a half. He started with the district on July 1, 2015, and in the short time before he went on medical leave had begun with former Assistant Superintendent for Curriculum and Instruction, Jessica O’Donovan, a plan to expand the school district dual language plan for classes in English and Spanish to be expended through fifth grade. He had established a community committee of school personnel and citizens to explore the alternatives he and O’Donovan had developed.

The commitment to expand the dual language instruction was a response to the New York State Education Department Section 154 legislation requiring any district had more than 20% of its students in any grade classified as English Language Learners had to be given a choice of instruction in their own language or a course that gave then some Spanish language based instruction. Dr. Fried acquired permission from the State Education Department last year to delay the decision on how the district would respond to January, 2017. At this point with an Acting Superintendent (Howard W. Smith) in place until June, it is not known if White Plains will proceed with making that decision or not, or whether the State Education Department will extend or modify the requirement of Section 154. Previously Dr. Fried had been Superintendent of Schools in Montville, New Jersey from 2005 to 2014 and Mamaroneck Public School which he left in 2005 for the New Jersey position.

At the time of his resignation, effective January 17 (next month), Fried will have been with the district just a year and a half, but had begun efforts to address the White Plains need to bulwark their commitment to Latino students.

Across the city, according to the 2012 census the city of White Plains population was 63% white; 32% Hispanic and 15% Black.