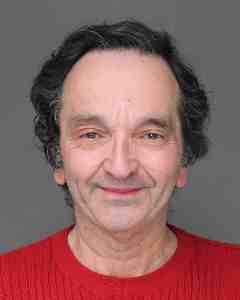 Frank Gluberman (DOB 08/16/47) of 47 Waters Edge, Congers, New York was sentenced today to one to three years in state prison after previously pleading guilty to:

The defendant also paid full restitution to the victims in the amount of $794,865.19.

The GTF Welfare Fund receives taxpayer money, which is negotiated by the GTF, to pay for benefits such as dental, optical and legal services for school teachers and administrators of the school district.

Over a period of seven years, from 2006 to 2013, the defendant wrote checks to himself from the Greenburgh Teacher’s Fund checking account and GTF Welfare Fund totaling $794,865.19.

The defendant forged the signature of the president of the GTF, as he needed dual signature authorization to make payments.

The checks written by the defendant were to himself, his two daughters, and to pay property taxes on two homes that he owns.

The larceny came to light when in September 2012, the defendant was promoted to Assistant Principal and had to relinquish his position as the treasurer of the union funds.

Greenburgh Police and the District Attorney’s office were contacted and initiated an investigation.