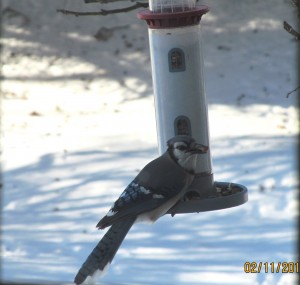 The  temperature at Westchester County Airport is 22 degrees, the wind is northwest at 8 MPH . At the WPCNR Studios, the temperature is 28 degrees.

Temperatures are expected to drop into the single digits this evening. Snow is forecast  after midnight Wednesday into Thursday.