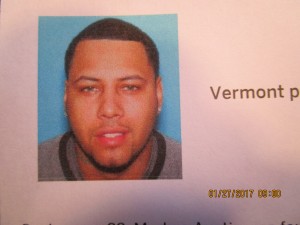 Police said Caballero shot Austin after the two had been involved in an altercation in Barre, Vermont, where both men, Austin and Caballero, lived that took place earlier Sunday morning.

Police believe Caballero has “fled the state,” presumably for New York City area.If you have seen this man, contact the Vermont State Place , 229-9191 or the Montpelier Police 802-223-3445.

Police added that Caballero had a felony conviction for aggravated assault in 2010, which would make it illegal for him to have a gun.

Caballero also has three misdemeanor simple assaults charges, two in 2010, and one in 2008.