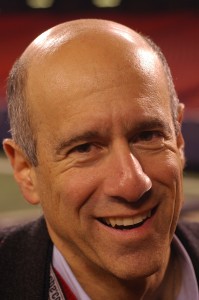 On May 2, 2016, during the week-long event, ERICSA comprised of new and experienced child support professionals like case workers, managers, directors, and lawyers from 41 States, 28 Tribal Nations, and 1 U.S. Territory announced the inaugural award winner.

“Frankly, I’m amazed and humbled to be given this kudo, given all the other candidates who do their utmost to help children and families,” said Vorperian.

In accepting the honor from ERICSA President Margot Bean, Vorperian, who has worked for over 25 years as a child support attorney further stated, “I was once told, in life you can do well or you can good. Hey, ERICSA let’s keep doing good.”