↓
Home Menu ↓
Home→JUDGE LEFKOWITZ GIVES WHITE PLAINS 20 DAYS TO RESPOND TO FASNY DEMAND FOR A VOTE ON SCHOOL CAMPUS SPECIAL PERMIT. CITY EFFORT TO DISMISS SUIT IS DENIED. ALL THE FACTS DUE IN 20 DAYS FROM CITY 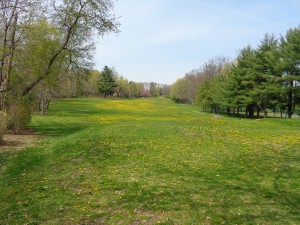 In a  victory for the French-American School of New York (FASNY), State Supreme Court Judge Joan Lefkowitz  rejected the City of White Plains’ motion to dismiss FASNY’s case that demanded the Council vote on the Special Permit tabled in August of 2015 after 4-1/2 years of review.

The Court gave the City 20 days to respond with additional facts on all 11 Causes of Action  in FASNY’s Petition challenging the Common Council’s rejection of FASNY’s plan to construct a new school at the site of the former Ridgeway Country Club in a decision handed down Tuesday and made public today.

The Court rejected the City of White Plains’ request to dismiss the case, April 19, stating:

“In sum, having repeatedly wrung from FASNY concessions and accommodations on FASNY’s original proposal, then extending the SEQRA process further by compelling FASNY to explore the North Street option and essentially enticing FASNY to submit a new application incorporating that very option, the Common Council illegally placed the 2014 Application in administrative limbo, has held it hostage since August 5, 2015, and is now waging a war of attrition in an effort to dissuade FASNY from pursuing what appears to be a legal use of its land.”

“the Common Council’s actions demonstrate that it has plainly and purposefully frustrated and thwarted the normal application review process, and will in all likelihood continue to do so, so that any attempt by FASNY to acquire a final determination of the 2014 application would be an exercise in futility. And considered in conjunction with the Common Council’s contemptuous disregard of this Court’s order,’ its actions are so unreasonable, duplicative and unjust as to make its conduct farcical.’ ”

Reading of the decision, WPCNR observes, indicates the city has 20 days to respond to FASNY’S dispute of the facts  involving the first five causes of action in the FASNY suit and presumably the other six.

Those first five causes concern themselves with the the Common Council denial of the discontinuance of Hathaway Lane (the closure of which was the critical factor in the terms of the Special Permit and Site Plan the council was scheduled to vote on the night of August 5, 2015, which they did not because the discontinuance of Hathaway Lane was defeated).

“the fact that an action undertaken by such subordinate governmental agency was ostensibly within the power delegated to it under those statutes (Ed. note–of the city) does not foreclose judicial review. Rather the question is the specific standard of review to which the action is subject.”

Her ruling on the five Hathaway Lane matters, says on page 10

“of the 11 causes of action pled in the (FASNY) petition, the first through fifth seek orders annulling the Common Council’s failure to grant the discontinuance petition. Of those five the first (Ed. note, failure to accommodate educational uses) and the third (Ed. note, council determination was not substantially related to promoting the public health,safety, morals or general welfare), should have been brought by a declaratory judgment action because the pled challenges to substantial wisdom, validity, or constitutionality of the resolution by which the discontinuance was not granted.

The second(Ed. note, Council failure to hold to its own SEQRA findings), fourth (Ed. note, Council was irrational to conclude closing of Hathaway was not in the public interest) and fifth ( Ed. note, accusing council of being arbitrary and capricious in denying the disctontinuance)  causes of action should have been brought in an article 78 proceeding.

The judge is giving the city 20 days to respond with facts to buttress its position on these five matters and (presumably anything the city wants to on the other 6 Causes) involving the discontinuance: She orders:

“the motion of the Responsdents/Defendents, Mayor Thomas Roach and the Common Council of the City of White Plains to dismiss the Verified Article 78 Petition and Complaint is denied…

and ORDERED that the Respondents/Defendents, Mayor Thomas Roach and the Common Council of the City of White Plains are permitted to serve and file answers to the said Verified Article 78 Petition And Complaint, along with a certified transcription of the record of the proceedings under consideration in the above-captioned proceeding/action, within 20 Days after service upon them of this Decision and Order

Judge Lefkowitz asserts “there shall be no extensions of the time.”

In the sixth through eleventh matters in the petition, the Judge notes on page 11:

The 2014 Application is not moot and the court has the power to compel the Common Council to vote on it.

The sixth, seventh and eight causes of action having to the court not having the right to force the council to vote on the Special Permit and Site Plan.

The Sixth Cause asks the court to annul the denial of the 2014 application by failing to vote on it as “arbitrary and capricious and/or against public policy.”

The Seventh Cause seeks an order to vote on the 2014 application and the Eighth seeks an order that such a vote shall be determined by a simple majority rather than a two-thirds or super, majority.

The Ninth Cause seeks the court to annul access to the property from North Street rather than Ridgeway “and issue all necessary approvals for FASNY’S proposed school” on grounds that the imposition of said condition (North Street entrance) was arbitrary and capricious.

The Tenth Cause of Action seeks the court to declare the Discontinuance of Hathway Lane was not required, that the 2014 does not requre a super majority vote and the 2014 Application was actually approved by a four to three vote of approval of the Discontinuance Petition.

The Eleventh Cause of Action seeks the court make a judgment “declaring that so much of the White Plains Zoning Ordinance as subjects public schools and private schools to differenct regulatory schemes violates the New York State Constitution.

In December 2013, the Common Council, by a 6-1 vote, adopted Findings pursuant to the State Environmental Quality Review Act (SEQRA) that determined that FASNY’s proposed school worked with certain conditions, including the discontinuance of a limited portion of a local street, Hathaway Lane, for public safety purposes.

The City sought to dismiss FASNY’s lawsuit, contending that the decisions of the Common Council should not be before the Court. Judge Lefkowitz’s most recent decision, dated April 19, marks the third time the Court has ruled in favor of the School.

Andrea Colombel, Chair of FASNY’s Board of Trustees, said:

“We are obviously very pleased with the Judge’s strong ruling, and we appreciate the thoughtful and thorough review the Court has given this matter.  FASNY has acted in good faith from the beginning of this process.  As the Court recognized, the Common Council acted unfairly, at best.   The Court’s Decision shows that it understands the merits of FASNY’s position, and we are now more confident than ever that we will ultimately prevail.”

Colombel concluded:  “FASNY is staying in White Plains. We are committed to our property and to our rights as property owners.  We now urge the rational voices on the Council and the Mayor to end the court proceedings and work with FASNY toward a positive resolution.”

“The Court’s Decision shows that the writing is on the wall.  New York law unambiguously establishes that municipalities need to accommodate educational uses, and the City of White Plains is no exception.  The Court’s Decision, which recognizes the Council’s bad faith actions, will support a federal damages claim, which would allow FASNY to recover millions of dollars that have been wasted by the ‘war of attrition’ the Council is still waging.  It’s time to stop litigating and start building.”