WPCNR IN TRANSIT. From the Mass Transit Task Force. (Edited)March 1, 2014:
The Governor’s  Mass Transit Task Force  is recommending a new Bus Rapid Transit (BRT) system to be in place when the new bridge is open in 2018. If all the recommendations are implemented, the new BRT system will increase transit ridership by 10,150 people per day in the region, cutting commuter travel times by 20 to 25 percent. 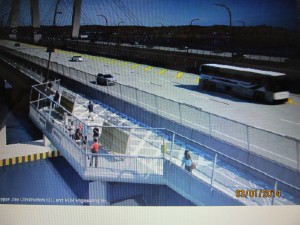 Riders will enjoy a new, clearly branded BRT system with high-quality transit stations that will include passenger amenities such as seating, real-time bus arrival information, Wi-Fi at stations and on board, and protection from the elements. The system will be used to travel between or within both counties on the same vehicles with one fare card, one fare payment system and one identity. This achieves a key objective of the MTTF – to provide travelers with an easy-to-understand, simple-to-use and convenient transit choice to get more drivers out of their cars and to cut congestion. 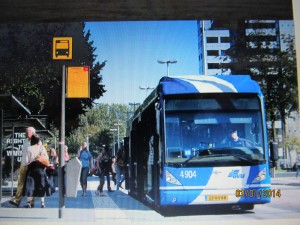 The MTTF, established at the request of Governor Andrew M. Cuomo in December 2012, was tasked with making recommendations that are fiscally viable and meet the transit needs of the region, targeting major residential, commercial and employment corridors.

Mid-term Recommendations (Up to 15 years after NNYB opens)

The MTTF met 12 times between late 2012 and early 2014 to develop its transit recommendations. In addition, 18 working sessions were held with local stakeholders to further refine the proposal.