↓
Home Menu ↓
Home→Meanwhile, Robert Astorino is Still Thinking: To Be Governor or Not to Be, That is the Question. 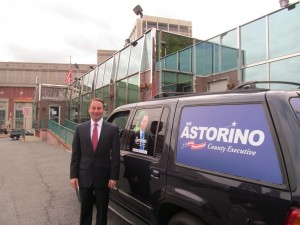 Robert Astorino, Running for County Executive last November — he will make the run-norun decision for Governor of New York next week.

A spokesman for Robert P. Astorino, the Westchester County Executive, told WPCNR Friday afternoon that Mr. Astorino will tell his staff tonight whether he is going to run for Governor of New York. 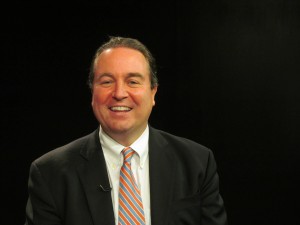 William F. O’Reilly, from his November appearance on PEOPLE TO BE HEARD, the White Plains Westchester Talk Show Mondays at 10 and Wednesdays at 10:30 on FIOS CHANNEL 45 and CABLEVISION 76.

William F. O’Reilly, the Astorino strategist told WPCNR moments ago when asked if Mr. Astorino was committing Friday, or not, issued this statement:

“Not.  He is telling staff his decision tonight.  We will announce yes or no midweek, next week. “