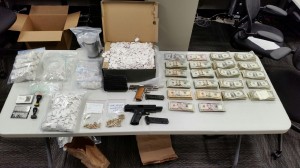 Contraband and $100,000 in cash recovered from a Bronx apartment where heroin was “cut” and prepared for distribution to the local major drug dealers in central Westchester. Indivual glassene packets of Heroin were sold for $10 each. alleged distributors and sellers, charged below sold as many 25 customers the $10 bags a day., the District Attorney said.

The Westchester County District Attorney  Anthony A. Scarpino,Jr. in a news conference this morning at the Richard Daronco Courthouse in White Plains announced 18 persons were arraigned on Felony Complaints, after having been arrested in connection with street level heroin sales in the Town of Greenburgh and White Plains. 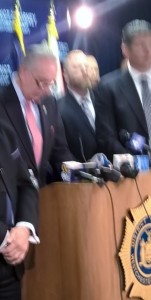 The District Attorney said, “The defendants arrested included long-time drug dealers with lengthy felony records. This coordinated, multi-agency effort targeted the right people to take off our streets. I want to thank the White Plains, Greenburgh, Yonkers and Port Chester Police Departments, the Westchester County Department of Public Safety and the F.B.I. Safe Street Task Force for the unstinting efforts to make these neighborhoods safter. I also want to thank our Narcotics Bureau and Investigations Division who made these cases and coordinated the take down of these dealers.”

The investigation  began at the beginning of 2016 and accelerated at the start of this year.

These were “major drug dealers” the D.A. said.  Many of the defendants were selling heroin to “upwards of 25 customers, some of whom purchased heroin on a daily basis. 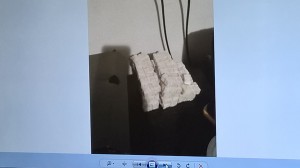 Large Packets of heroin found at 1208 Clay in The Bronx where heroin was allegedly prepared for sale to the Central Westchester Market. 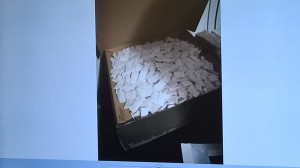 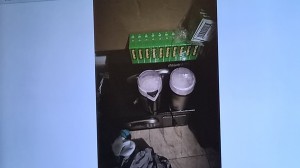 Sales of the drugs to heroin users were made at various locations on the street in White Plains, at 159 South Lexington Avenue, and in the White Plains Public Library, the District Attorney said.

District Attorney Scarpino said that the war on drugs continues and that today’s arrests were the winning of just one battle. He said the key to defeating drugs is to “reduce demand,” by helping to “wean” the persons afflicted by this “disease.”

He praised the White Plains Police Department for their policy of not charging heroin users who sought help which he said was a way to helping them gain treatment for their addiction.

CLEAR is a program begun in April by the White Plains Department of Public Safety committed to functioning as a gateway for individuals who have made the decision to obtain help in the form of detox and rehabilitation as appropriate.

The persons arrested and arraigned in the last day were supplied their drugs from the Bronx, where a major heroin “cutting facility” was located and drugs seized, 1208 Clay Avenue in The Bronx.

The persons arrested from White Plains were 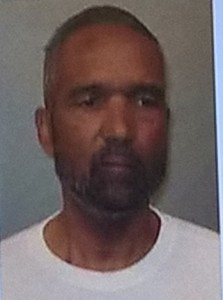 The District Attorney reported charges against the above named defendants include

Criminal Sale of a Controlled Substance in the Third Degree, Class “B” Felonie

Criminal Possession of a Controlled Substance in the Third Degree, class “B” Felonies