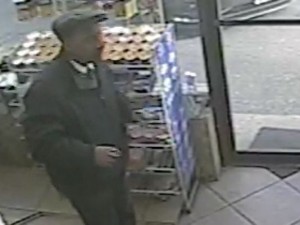 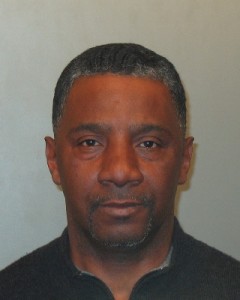 Within 24 hours of the posting on the internet by Lohud.com and The White Plains CitizeNetReporter of the surveillance photo above, the suspect who was shown in the progress a walk-in, walk-out, help yourself robbery of this picture, White Plains Police are  pleased to announce the arrest of the suspect.

Commissioner of Public Safety David Chong said, “Robert Berry a 54 year old Mt. Vernon resident was arrested last night by our investigators for the USA Pro Auto Shop larceny of $90k. The White Plains Police Department appreciates the assistance of the news media which helped lead to his apprehension.”

Lieutenant Eric Fischer told The Journal News  the man loitered a small amount of time outsdide the office, and when the office was unoccupied, walked in and helped himself to an open safe, departing quietly with $90,000 in cash.

Police are asking anyone who knows this man (captured on video) above to contact the police anonymously at 422-6200 or 422-6223. Information and your identity will be kept confidential..