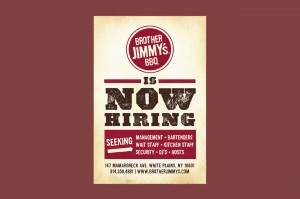 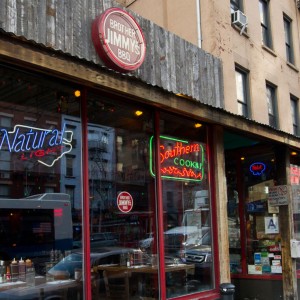 BROTHER JIMMY’S THE HOT MANHATTAN BARBEQUE HANGOUT WITH NUMEROUS LOCATIONS IN MANHATTAN WILL BE FILLING THE AIR WITH THE IRRESISTIBLE AROMAS OF PULLED PORK, RIBS, AND THE FEEL OF A REAL COLLEGE BAR AS EARLY AS NEXT WEEK RUMOR HAS IT AS THEY TAKE OVER THE SPACE WHERE BUTTERFIELD 8 USED TO BE (SHOWN BELOW). IT’S THE BARBEQUE THAT WHITE PLAINS HAS LONG NEEDED. SOUTHERN STYLE 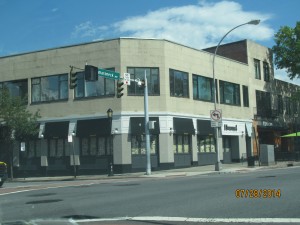 WPCNR has learned that Butterfield 8 undergoing renovations, will be opening next week as a Brother Jimmy’s the downtown Manhattan “go-to-to-meet-up-watch-the-game-and-see-your-buds-from-the-old-alma-ter-place.”

Brother Jimmy’s has announced on its website that they are now hiring for the White Plains location at 147 Mamaroneck Avenue.

University of Michigan alums in New York go to Brother Jimmy’s to catch the Wolverine games, and next weekend  — when UM plays Appalacian State to open their season, the U of M Westchester alumni are switching to Lola’s prior to their Brother Jimmy’s opening game next week..

Brother Jimmy’s according to our sources delivers southern barbecue, wings, the fishbowl cocktail with an aligator floating in it…and a conviviality the 20-somethings and 30-somethings love because it approximates the feel of those old college hangouts without the stiff formality of restaurants and without the younger crowd.