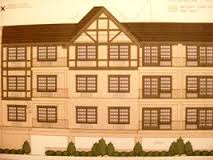 Pinebrook Condominiums,planned to be built at 2101-2105 Palmer Avenue, Larchmont, due for occupancy in Spring 2015–is now accepting applications for the affordable housing units through September 24.

WPCNR THE HOUSING NEWS. From the Housing Action Council. August 25, 2014:

Families whose incomes are no greater than 80% of median income are invited to apply to purchase any of 51 apartments planned to be opening next spring. Those eligible to apply are single persons with incomes no greater than $58,100; two-person families with incomes no more than $66,400; a family of three, $74,700; four persons, $83,000 and 5 persons, $89,650, according to the Housing Action Council which is handling applications.

Applications for the condos will be accepted through September 24 and selections made by lottery among accepted applications will take place September 30. Applications should be made to the Housing Action Council. For information contact   rnoonan@affordablehomes.org

Condominiums rangefromn 750 square feet to 1,630 suare feet all with balconies, individually controlled heat and air-conditioning with covered parking. The buildings are within walking distance of the Larchmont Train Station, Pinebrook Park and to Larchmont shopping.

Rose Noonan of White Plains, Executive Director of the Housing Action Council said “Pinebrook is an exciting opportunity for families of modest means to become homeowners in a community known for its award-winning schools and proximity to major employment centers.”

The 51 condominiums contribute to the 750 homes that Westchester County must provide under its 2009 housing settlement with the Department of Housing and Urban Development.