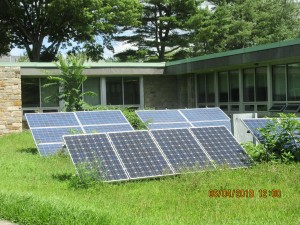 Westchester Power/Sustainable Westchester in a month will go out for bids from energy suppliers to set new 2019 Green Supply rates and Standard Supply Rates for its 85,000 customers in the 17 municipalities in Consolidated Edison’s utility territory, including White Plains.

Overall, there are approximately 100,000 customers who are part of the 21-municipality Westchester Power Community Choice Aggregation, with the remaining participants in New York State Electric & Gas (NYSEG) utility territory.

A spokesperson for Westchester Power, Jasmine Graham, Outreach & Compliance Coordinator, estimated its new Green and Standard rates for residential customers would stay below Consolidated Edison’s average residential rate over the last 12 months, about 8.3 cents per kWh.

For small commercial accounts, Graham said she expected the Green and Standard Rates would both come to about 9 cents per kwh.

Graham estimated to WPCNR that the 85,000 persons in Con Ed territory have saved on average about $150 to $200 with the Westchester Power rates in the 25 months of the program, about $6 per month.

The 85,000 Con Ed customers in the 21-community Westchester Power Community Choice Aggregation (White Plains being one) that have enjoyed the stability of Westchester Power energy rates will receive notice of the new rates Westchester Power selects after a supplier is chosen through a bidding process among energy suppliers.

Constellation NewEnergy, the current supplier to Westchester Power will be among the bidders, Ms. Graham said.

Prior to sending out requests for bids, Graham said, Westchester Power weights the average monthly Con Edison per kWh rate by the usage over the months of the year to determine the price target for energy suppliers to bid on their cost to supply that amount of electricity beginning in 2019.

Graham told WPCNR she expected the bids from suppliers to be in by end of September, and the company would have new rates set by October 1.

This year, Graham said Ardsley, Sleepy Hollow and Pound Ridge are positioned to join the coalition.

Consumers will receive a letter in November notifying them of the new Program rates because the next Con Edison contract begins January 2019.

The effort to organize, and assemble Community Choice Aggregation savings to upstate communities is being taken up by three other organizations similar in organization to Westchester Power/Sustainable Westchester.

Virginia Steinberg, in a statement below, described the three organizations taking the concept of aggregated buying power to the three area of upper New York:

“Joule Assets, MEGA and Good Energy are private companies who are offering administrative services to municipalities that wish to create CCAs (Community Choice Aggregations). They help local groups to organize to achieve PSC approvals to participate, organize the bidding process for supply, and oversee the performance of the supplier.

You can think of SW (Sustainable Westchester) as performing these roles, and the role of the local community group.

In other localities where there is less density, these administrators may aggregate over several counties and collaborate with different local partners in each case.

These firms are also working to provide opportunities for these localities to promote local energy and energy efficiency as we at Sustainable Westchester are doing with our programs.

There are 45 municipalities in Westchester County.

Towns highlighted in green or brown below are part of the WP (Westchester Power) CCA.(Community Choice Aggregation):