WPCNR COUNTY CLARION-LEDGER. From the Director of Communications, County Board of Legislators. (Edited, with reporting by WPCNR)March 22, 2018:

The Westchester County Board of Legislators will be undertaking a review of the County’s contract with Standard Amusements to manage the Playland amusement park in Rye. 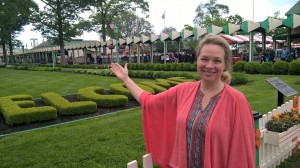 Parker, who has called on the Latimer administration to terminate the agreement, continued,

“Given the stated County obligation of tens of millions of dollars for capital improvements in the contract, that we know is significantly higher, the mechanism to recoup those investments is not in the agreement. The goal to unburden the public was negotiated away under the last administration, with substantive changes since the BOL vote in 2016. I look forward to hearing what the new administration has learned related to the management of Playland since taking office.” 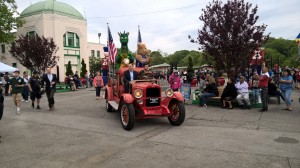 The contract between the County and Standard Amusements was signed in 2016 by former County Executive Rob Astorino (Shown above opening Playland for the season  that year).  New County Executive George Latimer has said that his administration would be looking at the Playland agreement with “a fresh set of eyes.”

(Editor’s Note:) WPCNR reported Wednesday the agreement has been in place since 2016, but is presently being held up (for two years) by a City of Rye lawsuit that is being appealed by the City of Rye, after being rejected by the New York State Supreme Court.

The suit challenged the county for the right of the  City of Rye to have final approval of any changes Standard Amusements or the County wanted to make to the park.

Standard Amusements has  said in the past to the Astorino administration, that it has not made the first payment due from Standard  as part of the agreement to accept the lease, because Standard wants to await the outcome of the Rye suit.

Wednesday morning, City of Rye Town Attorney, Kristen Wilson confirmed to WPCNR that the City of Rye appeal “has been perfected and has been filed for a little while.”

So the lawsuit is still “in play.”

The Board’s own review of the contract will be undertaken by the committees on Budget and Appropriations; Law and Major Contracts; Parks, Planning and Economic Development; and Public Works.

Legislator Lyndon Williams, chair of the Committee on Law & Major Contracts, explained the role of the Committee in connection with the agreement, saying, the committee “will assess whether there has been legal compliance with the terms and conditions on the contract approved by the Board of Legislators; and if not, what are the ramifications of such non-compliance.”

Williams continued, “This 30-year long-term contract has significant economic effect on County taxpayers, with the County and Standard’s commitments of $60 million. Given the major delays and changes occurring after the Board of Legislators approval, it is important that the Committee exercise its oversight fact-gathering function at this stage before reaching any conclusions and before recommending any action.”

Catherine Borgia, chair of the Budget and Appropriations Committee, said, the committee, “will be conducting a rigorous financial review of Playland in order to make sure the decisions we make about the park are what is best for the taxpayers of Westchester. We are happy to work with the administration and the other legislative committees to make sure we are creating the best future for Playland Park.”

MaryJane Shimsky, chair of the Committee on Public Works, said, “Capital repairs and upgrades must be done, no matter who runs the park; at the same time, the promises that Standard and the County made to each other regarding which projects were to be done, in what order, and when those projects were to be scheduled, were extensive and fraught with potential for complications. I look forward to working with the new administration, the Law Department and all stakeholders to perform a thorough reexamination of all relevant issues, to insure that the result works in the best interest of the County and of all people who use and love Playland.”