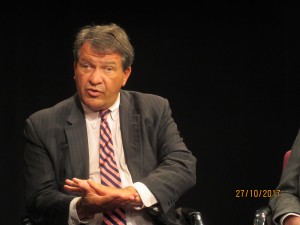 WPCNR COUNTY CLARION-LEDGER. From the Latimer Transition Committee. December 31, 2017:
Westchester County Executive-elect George Latimer will kick off two-week “Tour of Change” starting on January 1.
On his first official day, Latimer will take the oath of office at the Westchester County Office Building in White Plains.
Immediately after the oath, Latimer will make significant announcements regarding issues brought up during his campaign.
He will also kick off a two-week tour of change, and the #MyWestchester social media campaign where residents will celebrate Westchester.
NOTICE: JANUARY 1 EVENT IS OPEN TO THE NEWS MEDIA ONLY. PUBLIC IS NOT ALLOWED TO ATTEND.