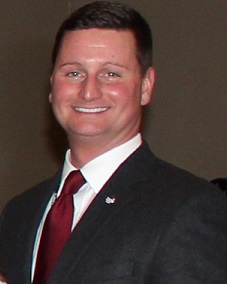 Clerk to the Board of Education, described Dr. Ricca as very experienced(he has been with the Elmsford School District for four years, and that Dr. Ricca is “very excited” coming to White Plains. His contract is under negotiation, Schoenfeld said.

The school district release said Dr. Ricca is the finalist for the position:

“The White Plains Board of Education has announced that Dr. Joseph L. Ricca is the finalist in its search for a new Superintendent of Schools.  If a site visit and contract formalities proceed as anticipated, Dr. Ricca will be appointed Superintendent in May to succeed Acting Superintendent Dr. Howard W. Smith on July 1, 2017.

Rosemarie Eller, Board President, said “We believe that Dr. Ricca’s experience, record of success and enthusiasm qualify him to provide outstanding leadership for the district.”

Dr. Ricca has eight years’ experience as a Superintendent – the last four in the Elmsford Union Free School District, and prior to that, in East Hanover, New Jersey.  He also has experience as a teacher and principal.  He has a Bachelor’s Degree from Seton Hall University, two Masters’ Degrees – from Harvard University and Caldwell College, and an Educational Doctorate from Walden University.  He also did advanced studies at Oxford University in England.

Applications were received from 40 candidates in 10 states and after initial interviews with top candidates, the Board narrowed the list and expanded the interview team.  It included representativesfrom staff associations, parents and the community.  Mrs. Eller said, “We wanted to include as many people as possible in the final interviews but were aware that we had to maintain  confidentiality, or we would lose impressive candidates.”

Dr. Ricca expects to visit the district several times in the coming months.