↓
Home Menu ↓
Home→Lecuona: We Can Change the Game. Sends Letter Signalling She Intends to Primary the Mayor 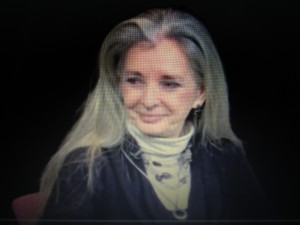 White Plains Councilwoman Milagros Lecuona on Road  to a Primary Challenging Mayor Roach for the Mayoral Nomination. Photo by WPCNR

(Editor’s Note: After the Democratic City Committee Meeting Thursday evening, where the Committee unanimously nominated Mayor Tom Roach for Mayor, after Councilwoman Milagros Lecuona withdrew her bid for the nomination, Councilwoman Lecuona sent out this message signalling her intent to primary the Mayor for the nomination. It is not known yet whether the Republican Party will run a candidate for Mayor:)

We can change the game.

Dear Friend,
Last night, we sent a loud and clear message to the political establishment.
I stood in front of the White Plains Democratic City Committee at their endorsement meeting and I withdrew my name from consideration. The Democratic line in November will not be decided by a small group of insiders on a sub-committee. It will decided by the voters of White Plains at the ballot box in September.
Can I count on you to help fund my campaign to bring transparency to White Plains
today?
White Plains Democrats deserve a more open and transparent process for choosing their leaders. Just like the superdelegates in last years primary process, the Nominating Committee picked its candidate before the voters have had their say.
Help us send a loud and clear message to the White Plains political establishment.
I have stood hand in hand with the people of White Plains on the council, while Mayor Roach has made it clear where he stands. With our neighborhoods, firefighters and first responders being ignored, it’s time we take a stand.
As Mayor, I will stand up for White Plains families and children, neighborhoods and small businesses. It is time to change business as usual at City Hall. I want to bring transparent and open government to this city, but I cannot do it alone. Please join our team by making a contribution today. The only way we will win this race is together.
Milagros