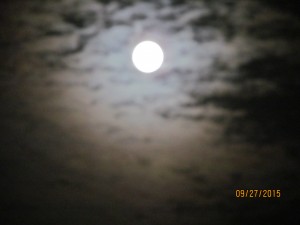 The Full Moon attended by angelic clouds at 9:55 P.M. Soon was eclipsed by the Earth’s Shadow below with the glow of the sun turning the moon an exquisite red blush, an event that has happened only 5 times in the last 100 Years 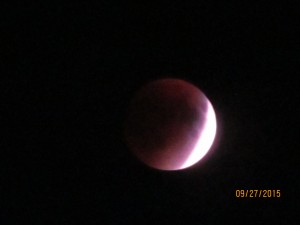 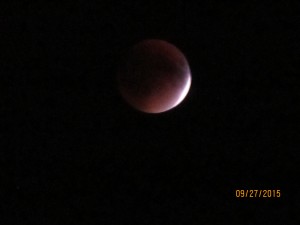 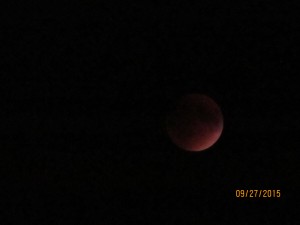 Eclipse at its height at 10:15 P.M.The eerie corona of the the full moon was a blushing disk in the perfectly clear sky. 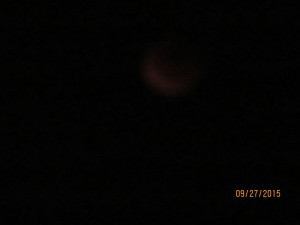 At 11:15 P.M., the Earth’s shadow is moving to the top of the ful moon and about 3/4 of the moon is still covered. Moon is higher in the sky and less visible. 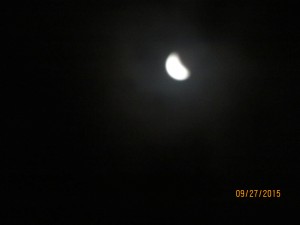 Just before midnight, the Earth’s shadow is covering only about one quarter of the full moon, and the eclipse of the Blood Moon is ending. 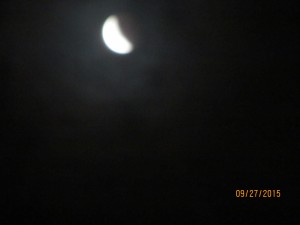