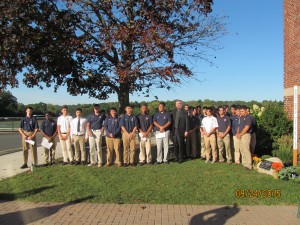 Rev. Thomas Collins, Stepinac President and an alumnus (Class of ’79), is shown above  with students who participated in the Peace Pole dedication ceremony by reading the eight languages of the prayer, May Peace Prevail on Earth, that were engraved on the monument (English, French, Spanish, Italian, Albanian, Chinese, Korean and Croatian). Standing next to Father Collins is Brandon Cabaleiro (wearing eyeglasses) who will greet the Pope in NYC tomorrow. 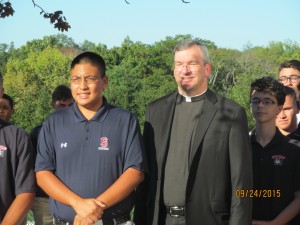 The school’s celebration will continue tomorrow when Brandon Cabaleiro (Class of 2016)  (above) of White Plains has the honor of representing Stepinac in welcoming the Pope in New York City  in East Harlem tomorrow morning. He is one of a select a group of outstanding students from throughout the Archdiocese of New York who was chosen to share in the excitement of greeting the Holy Father. 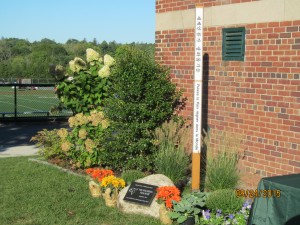 The Stepinac Peace Pole will stand on the school grounds as a permanent reminder for world peace.