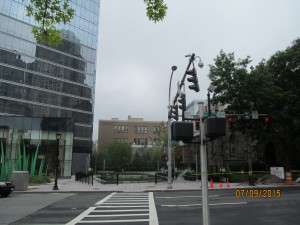 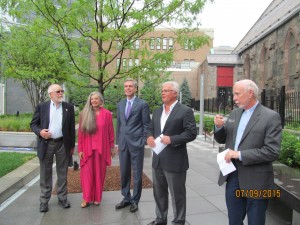 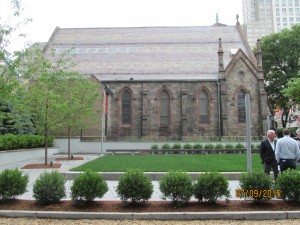 The view from the open terrace of BLT Steak, revealing the inspiration of old Grace Church and providing a breath of natural beauty to the White Plains downtown. The told WPCNR the hours of the park have not been set yet but felt it would probably be open to the public until 11 P.M. 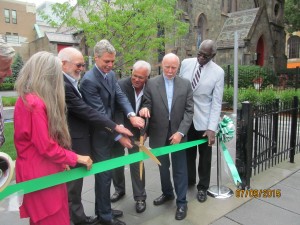 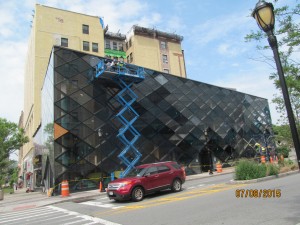 The Mayor said in his remarks that the completion of the park showed what a vibrant downtown White Plains has, and the Mayor also said a new restaurant would be opening in the glass building above in downtown. Mr. Cappelli said there would be another opening for that. The restaurant coming in is Mediteranneio, which runs Meditteranio in Greenwhich, Mr. Cappelli told WPCNR. The restaurant will occupy the entire 7 Renaissance Square structure above and is planned for a Nov-December opening.