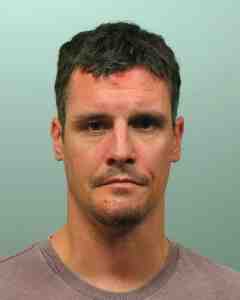 relating to the death of Reyda La Madrid and the serious injuries to Edgar Lopez.

“This defendant, in a city that he both lived and worked, as alleged in the indictment, operated his car in such an intoxicated and impaired condition that he drove down a major thoroughfare, South Lexington Avenue, in the wrong direction for more than a third of a mile before crashing head-on into the victim’s vehicle. No less troubling, was the fact that before the collision, this defendant spent the previous 12 hours on a drinking odyssey, enabled throughout, by the fact that only one of the at least four bars he patronized refused to serve him,” said District Attorney Janet DiFiore.

On November 3rd 2014 at approximately 4:30am, the defendant while operating his 2001 Chevrolet Tahoe at approximately 65 miles per hour, collided with a 2000 Honda Civic that was waiting at a traffic light. The force of the head-on collision, pushed the Honda nearly half a football field down South Lexington Avenue, killing the passenger and seriously injuring the driver.

Over a span of nearly 12 hours preceding the collision, the defendant was seen on video drinking at a minimum of four bars on Mamaroneck Avenue in downtown White Plains:

At the time of the collision, experts put the defendant’s blood alcohol content (BAC) at .21, more than 2 1/2 times the legal limit. In addition, he had a cocktail of exacerbating substances in his system which consisted of cocaine, clonazepam, and bath salts.

The defendant was arrested at the WestchesterMedicalCenter that same day by the White Plains police.

He faces a maximum sentence of twenty five years in prison.