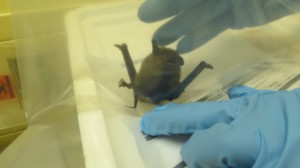 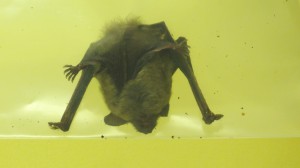 Caren Halbfinger, spokesperson for the Westchester County Department of Health reports residents who find a bat in their home, attic, basement, wherever to capture the bat and bring it to the Department of Health for testing either dead or alive.  The brain must be preserved to be tested. The best way to kill the bat is by freezing them.
“Bats lick themselves while grooming and saliva remains on their claws. If the bat is rabid, a person can be infected either by a bite or through saliva on the bat’s claws” (when scratched…of if a claw touches the person when sleeping for example) If you have been exposed to a bat. Catch the bat without touching it and bring it to the County for testing…call 813-5000 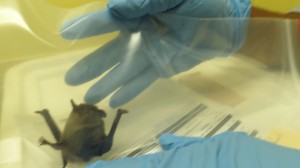 Ms. Halbfinger told WPCNR today, the bat population has rebounded after being decimated by the fungus called white nose syndrome.
“Bats enter (homes) wherever they can, through the eaves or a tiny opening, often in the attic. When it gets too hot, they seek a cooler location, often in the house. We tend to see more bats in August because it is a time when baby bats are beginning to grow stronger and explore their surroundings.

To see a video on how to capture a bat, go to
http://youtu.be/_YhnV5WJQBA