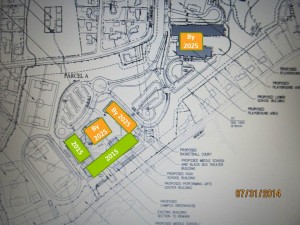 The new French American School of New York proposed structures for the former Ridgeway Country Club property  (in green shading) are anticipated to be opened by 2016 if construction begins this fall. The site plan has revealed that construction of the three additonal structures (in orange) could take until 2025 to complete because of the need to “replenish” financing.

The new site plan of the proposed French American School of New York indicates the school does not have enough financing already in place to build the campus in one continuous sequence.

WPCNR notes the site plan is the first time the school has indicated the project may take 10 years to complete. In Section 10, page 4 of the site plan under the heading “Deferred Phasing of the Elements,” the site plan states: 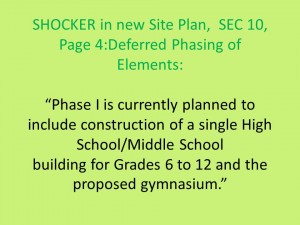 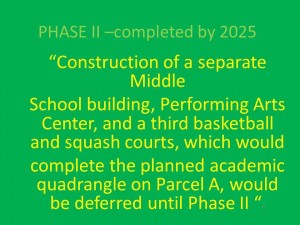 Another issue which has not previously been disclosed is that the school does not have capital sources in place to pay for three of the buildings proposed in Phase II of the project, according to this statement in the site plan, it will need to “replenish its capital funds” and appears to hold the city responsible for hurting its fund-raising efforts: 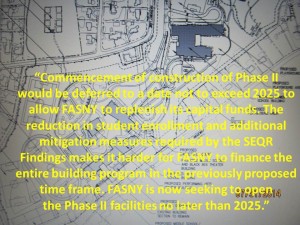