↓
Home Menu ↓
Home→Abinanti First Representative to Call on Governor to Use Bank Settlement to Fund $1B of Tappan Zee Bridge Construction, Opposes Environmental Fund “Bridge Use” 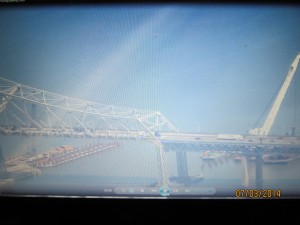 The New NY Bridge Under Construction July 2. BRIDGE still needs $3.5 Billion in financing and state has not announced where that is coming from. Assemblyman Abinanti says why use the windfall of $3 Billion from the French Bank Settlement? 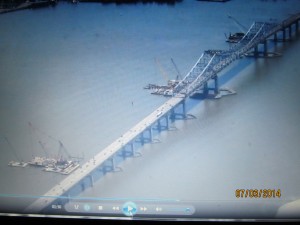 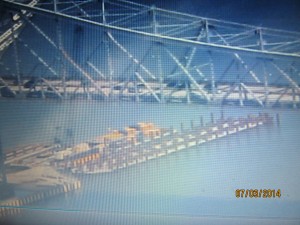 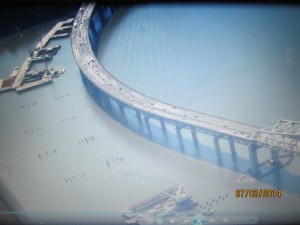 Assemblyman Tom Abinanti (D-Greenburgh/Mt. Pleasant) this week praised the NYS Department of Financial Services (DFS) for successfully enforcing the law against a multi-national bank and urged that the $3 billion settlement (Editor: due to be paid August 1 into the New York State “General Fund”) be used not for short-term budget fixes but projects that are long-term investments in New York’s future.

“We should invest the $3 billion dollars in open space and parkland, in New York’s infrastructure and in the new Tappan Zee Bridge,” said the Westchester Assemblyman. “We should not squander this huge sum on inappropriate one shots but instead we should fund projects that will give New Yorkers long term benefits.”

Assemblyman Abinanti said that the one-time $3 billion bank settlement should be invested, in equal parts, to acquire open space and parklands ($1b), restore New York’s aging infrastructure ($1b) and fund part of the Tappan Zee Bridge ($1b).  He noted that the one-time $3 billion bank settlement eliminates the need to raid the Clean Water Fund to provide short-term financing for the new Tappan Zee Bridge.

New York will receive more than $3 billion from the $9 billion French bank BNP Paribas SA will pay after pleading guilty for violating sanctions on transferring money to Iran, Sudan and Cuba. The penalty is a record sum for a bank accused of doing business with countries that face United States sanctions.

In a statement issued last week , Assemblyman Abinanti argued that the State should be maximizing clean water projects, not diminishing the number of projects by diverting monies from the Clean Water Fund.

He also argued that it is inappropriate to use monies intended to remedy existing damage to the Hudson River to pay for activities that will further damage the river.

Finally, Assemblyman Abinanti argued that the proposed use of the Clean Water Fund will create a hidden taxpayer subsidy for the cost of construction.

“The cost of preventing or mitigating harm to the environment should be included in the actual cost of bridge construction,” said Abinanti. “The State should not be hiding the true cost of the project in an environmental fund that is dedicated for other projects.”

Several environment advocacy groups have already voiced their opposition to the proposed loan.