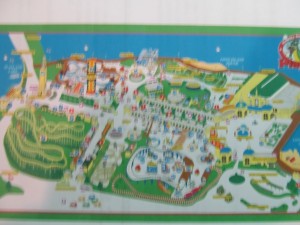 Sustainable Playland Inc.  said today that it is suspending its participation in the review process of its Playland Improvement Plan (PIP) for the park, provoking instant reaction from County Executive Robert P. Astorino who has long championed the citizen group.

Sustainable said in a news release  statement it will not participate any more in the Playland review process until  issues involving the City of Rye’s demand to conduct a full environmental review of the plan and a lawsuit brought by the former chairman of the County Board of Legislators are resolved.

SPI’s announcement was made in a letter from SPI President Kim Morque that was delivered late Monday to County Executive Rob Astorino and copied to County Board of Legislators Chairman Michael Kaplowitz and Peter Harckham, the legislator chairing the Legislature’s committee that is reviewing the Playland Improvement Plan (PIP.)

Westchester County Executive Robert P. Astorino today called on the chairman of the Board of Legislators and the Mayor of Rye to meet with him to see if they can resolve the legal uncertainties hanging over plans to save Playland.

“For four years, our goal has been to save Playland,” Astorino said. “We have reached the point that litigation now threatens our improvement plans and the park itself. It is now time for elected leaders to do everything in their power to resolve the legal impediments that stand in the way of moving forward on saving Playland for future generations.”

According to the Astorino statement released, “Astorino’s call to BOL Chairman Michael Kaplowitz and Rye Mayor Joseph Sack was precipitated by a letter Monday night from Sustainable Playland, the Rye-based not-for-profit selected after an extensive Request for Proposals process to restore and run the park. In its letter, SPI says that after spending $600,000 to date, it does not have the monetary resources or manpower to be engaged in protracted legal battles on multiple fronts.”

Astorino’s news relase said he hoped that meetings with Chairman Kaplowitz and Mayor Sack could be arranged within the next several days. He said that the discussions would take place within two parameters:

The not-for-profit group said that the uncertainty caused by Rye’s insistence that it has the right to review and approve the entire plan for revitalizing the park made SPI’s continuing participation in the legislature’s review pointless.

“Our primary concern is that unresolved issues threaten to delay SPI’s revitalization of the park in ways that will remove the viability of our implementation plans in terms of both economics and timing,” the letter states.  “We are asking the County Executive to use his office to see if the current uncertainty regarding the approval process can be removed.”

SPI “remains committed to our vision and the goals of renewing and restoring the park” and are hopeful that a resolution can be reached that will allow the public-private partnership to move forward.  Once the jurisdictional issue between the County and Rye, as well as the lawsuit against the County and SPI that was brought by County Legislator Ken Jenkins are resolved, SPI said it will resume work on implementing the PIP.

SPI was selected to be the future manager of the park from among a dozen respondents to an RFP to reinvent Playland for the 21st century that was issued in 2010 by Astorino.  The SPI approach is to create year-round activities at the park with multiple venues to reduce the dependence on the aging amusement  area that is subject to a warm-weather only season and the lost attendance due to bad weather during its season.  The major component of the SPI model are the amusement park, ice casino, a new field house with indoor and outdoor playing fields and the Westchester Children’s Museum slated to open in 2015.