↓
Home Menu ↓
Home→REVISTED: County Management Does Not Declare Dividend for Shareholders. TAX CUT COULD HAVE BEEN 2%. How about a Tax Cut Fellas? 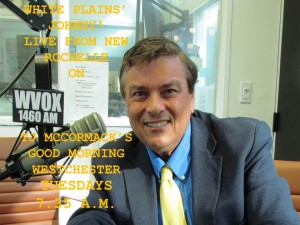 What a difference losing two seats in the legislature makes!

Because the only thing said by the 12  church mice representing the Democrats on the County Legislature about County Executive  Rob Astorino’s  no tax levy increase budget  was said by the County Board of Legislators Chair Ken Jenkins was virtually an endorsement of the Mr. Astorino’s holding the line on raising the tax levy.

But, wait a minute, there was a lot to be said.

The County made a windfall profit this year in sales tax.

To date through October with two months of holiday season shopping to go, the county has already received $400 Million in sales tax receipts (as reported exclusively by WPCNR last week.)

But wait a minute — as John Madden would say — the new proposed 2014 county budget (next year)  projects only a $398 Million sales tax — completely ignoring the $80 Million (perhaps if all you big spenders out there throw a lot of holiday parties — how about it Bedford, Pound Ridge, Chappaqua, Scarborough, a little cash register music, please.

Just looking at the budget…the budget  could have been cut more. The budget  projects $398 Million in sales tax next year …and the county has already earned $400 Million through October, and it is on target  for $488 Million and an outside shot at $500 Million…so you could see almost a $100 Million windfall come in THIS year. I was puzzled by this.

WPCNR asked about this discrepancy and Donna Green of the Westchester County Department of Communications said that the total amount of sales tax receipts budgeted for 2014 is actually $507 Million. The $498 Million reported in the press release derives from county having to share the sales taxes with other towns and municipalits (about 21%). This still leaves a $20 Million surplus over the $478 Million budgeted for 2013.

Moreover, the argument could be made that another $20 Million surplus or more could be generated in 2014, if growth continues at 6%. The sum of $40 Million is 2% of the county projected budget of $1.74 Billion. so you could give taxpayers a tax cut of 2%. That would save me personally $40… Why couldn’t the budget be cut more?

Companies are under pressure to reward shareholders. So who are the shareholders in Westchester County government?

We the taxpayers. That’s who!

So when the county turns around and actually does better than expected, can the taxpayers, or stakeholders as the politicians call us, get a dividend when the county budget underestimates their revenue by perhaps $200 Million? ($100 Million this year, $100 Million next year IF the 6% growth rate continues in the county economy.

This means Mr.Astorino could have cut $40 Million more out of the budget…that would have been nice…but he did not. He just had to look at the numbers.

It is nice to keep taxes  where they are …but unless the county cuts when it can…you’re never going to get spending down. Why did not the Democrats POUNCE on this obvious question…

Ken Jenkins missed a rare opportunity to call for a tax cut!

His only reaction to the budget was : ”The 2014 proposed budget from County Executive Asotrino seems to recognize past Democratic budget initiatives that featured a low number of layoffs and proper investments in social services.”  Jenkins said because Westchester respondents were still suffering from  the burden of high property taxes, a balanced approach to spending and maintaining an effective safety net of social services for residents.

Is this the Perry Mason of the County Legislature we used to  know? Kennie — you should be calling for tax relief. Had Noam What’s His Name actually been reading WPCNR he might have included tax cuts as part of his platform, neutralizing the Astorino broad brush painting him as a taxer. Where was the thinking here?

So what could we do with the 2014 budget. The legislator could cut taxes if we continue making mints of money, How much could they cut it? $40 Million is 2% of the proposed $1.74 Million county budget. Astorino had he chose could have announced an 2% tax cut. That would mean $42 less in taxes for me. I paid $2,059 in county taxes in 2013–including the sewer and garbage taxes.

Instead, the county government is keeping this windfall…for what fund balance for a rainy day? Come on. When you tax for more than you need you are overtaxing the people.

However I can hear the hand-wringing now. “We cannot count on the economy not turning down. We have to maintain spending at current levels. This is bare bones budgeting.”

Instead, the county as usual is keeping the windfall for themselves, taking a leaf from the Robber Baron Playbook.

What do the Wall Street Swells do when they have windfall profits, they give themselves bonuses. What did the robber baron banks do when they received the bailouts from Washington from their Wall Street buddies in power? Did they use the money to forestall foreclosures and keep giving mortgages. No, they put it in their balance sheets as an asset.

The shareholders want their dividend Legislators.