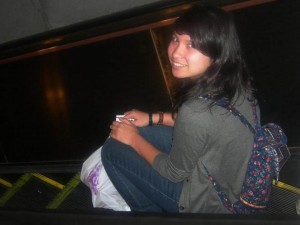 MAYA LEGGAT: WOMAN INJURED WHEN PUSHED INTO THE WAY OF A NORTHBOUND METRO NORTH TRAIN WEDNESDAY . Photo from Goodgle

The woman pushed onto the Metro North northbound train track at the White Plains Railroad Station Wednesday has survived being hit by a northbound out of service train after a homeless man identified as Howard Mickens of a White Plains homeless shelter allegedly pushed her onto the tracks after she refused to give him money, according to The Daily News.