I interviewed White Plains Councilman Benjamin Boykin on White Plains Week Monday evening on his positions as he starts his run for County Legislator in the White Plains, Harrison, Scarsdale District 5.  in his bid to replace Bill Ryan who is retiring and decided not to run. Boykin is opposed by Miriam Flisser, Mayor of Scarsdale up until four months ago.

He said revaluation countywide is not the answer to cutting property taxes, mandate relief is. He said the state should take over Medicaid, pensions and child disability services from the county (not charging the counties for them). 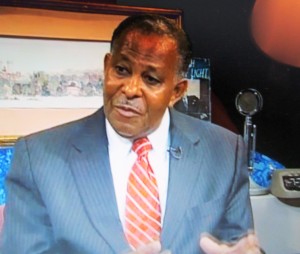 He said county revaluation of properties was a distraction and would cost the county $50 to $100 Million dollars to execute.

Boykin criticised  the number of jobs the Rob Astorino administration had added to the management side of the county, saying it had to be trimmed.

He said  taking fund balance dollars to avoid a property tax increase was a procedure he believed in ,(“sometimes you have to do that”).

Boykin got on board with the Noam Bramson (Democrat candidate for County Executive), saying he advocated retaining social services while keeping property taxes in check.

Asked how incentives to attract businesses can be offered and still avoid losing benefits of new business taxes, he called for “clawbacks” attached to business incentives if businesses granted tax breaks did not meet job creation promises. 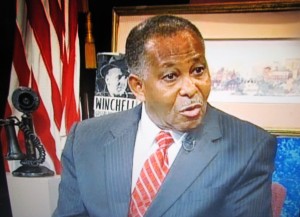 I asked him about the never-ending wrangling between County Executive Robert P. Astorino and the county legislature over the affordable housing HUD settlement.  Boykin brought up an interesting take: He said what HUD is overlooking is that smaller communities targeted by the settlement as being in need of affordable housing and zoning restrictive  do not have the infrastructure in place  now such as sewage systems and transit services required by dense units such as townhouses or cluster housing.

The councilman who has supported quotas of affordable units in new White Plains developments, said each community targeted as needing certain numbers of units had to find the solution on their own and work out the solution to HUD satisfaction.  Mr. Boykin stopped short of saying the county should intervene with zoning in place in the HUD-pinpointed communities.

On the ongoing analysis of how Bus Rapid Transit could be incorporated into the Cross Westchester Expressway corridor (just recently completed by the Department of Transportation), traveling through White Plains and Harrison, he supported placing Bus Rapid Transit stops at the White Plains and Harrison railroad stations (whenever the new Tappan Zee Bridge is completed).

To see the complete interview with Mr. Boykin with John Bailey and Jim Benerofe, go to www.whitplainsweek.com