↓
Home Menu ↓
Home→MADELEINE ZEVON ON The New York Solution to the New York Nightmare of Trump Health Care that Nobody Knows About. SATURDAY 7 PM ON WHITE PLAINS TV AND RIGHT NOW ON THE INTERNET 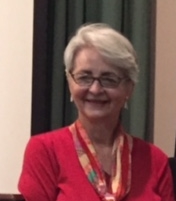 Madeleine Zevon of White Plains Appears on White Plains Television PEOPLE TO BE HEARD discussing the advantages of the New York Health Plan Bill–a unique program needing one vote in the State Senate to go to the Governor.

There’s a bill in the New York State Legislature that no one knows about.

The bill would slash NY residents and businesses  health care costs, preserve and enhance health care availability, lower cost of prescription drugs, speed payments to health providers, hospitals and doctors, and do away with dealing with insurance companies.

It was one vote away from passing the New York State Senate this year.

It is the New York Health Bill (A.4738(Gottfried)/S.4840(Rivera) that according to Madeleine Zevon of White Plains, State Chair of the League of Women Voters Health Committee would cover 100% of New York’s population with no co-pays, deductibles, or premiums. There would be no more private insurance companies.

But no one other than its sponsors knows about it. I didn’t. There (to my knowledge), has been no in-depth coverage of this plan by major media.

When Ms. Zevon told me all about it I was shocked that this bill has not been more widely examined by the “news” media.

Ms. Zevon will tell you all about it on how it can work for New Yorkers  Saturday evening on the next People To Be Heard at 7 PM Westchester County-wide on Verizon Fios Channel 45 and in White Plains city limits on Altice-Cablevision Channel 76. You may also see it on the internet at www.wpcommunitymedia.org.

She will tell you through charts and figures in clear, eye-opening logic that it will lift you right out of your chair.

It would be funded by a progressive tax on payroll and unearned income (non-wage), capital gains, dividends and interest.

The bill would save a net $45 Billion a year.

That’s worth writing again just to let it sink in on you.

The bill would save a net $45 Billion a year

It would save $71 Billion by eliminating high administrative costs and lowering drug and medical equipment prices.

The cost of covering everyone in New York would be $26 Billion.  According to a study by Gerald Friedman,Chair of Economics of the University of Massachusetts, by subtracting $26 Billion from the $71 Billion in savings, the net savings would be $45 Billion.

Why would this bill be good for businesses?

It would, Ms. Zevon says, because businesses would no longer have to buy health coverage for their employees. This would attract businesses to New York State.

Westchester County could eliminate the $276,094,418 it pays in county real estate taxes for Medicaid.

(Wouldn’t that be nice? All county executives would love this. This could happen after the state obtains a waiver available through the Affordable Care Act to roll Medicare and Medicaid funds into one fund.)

To see how all this can work, watch People To Be Heard tomorrow evening where Ms. Zevon talks you through it.

You can also see her explanation in person on Wednesday, March 1 at the White Plains Public Library at 7 PM where she will tell  you more about the bill and Assemblyman Richard Gottlieb, sponsor of the bill will present this bill.

Where is the bill at? It  passed the Assembly 94-46 in November.  In the State Senate there are 31 co-sponsors, one vote short of a majority.