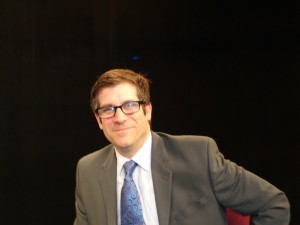 WPCNR MILESTONES. From Hudson Link. March 28, 2017:
Hudson Link Executive Director Sean Pica has been chosen to serve on the Founding Board of Directors for the newly formed Alliance for Higher Education in Prison.
The Alliance’s mission is to support the expansion of quality higher education in prison, empower students in prison and after release, and shape public discussion about education and incarceration. The formation of the founding board comes after a year of planning and visioning, including a Strategic Partners Workshop that Hudson Link hosted at Sing Sing Correctional Facility.
Sean is joined on the board by longtime advocates and supporters of higher education in prison representing states across the country.
Hudson Link is honored to be a part of this historic partnership and sends our best wishes to the Alliance for Higher Education in Prison for the fulfillment of its important mission.
Mr. Pica was interviewed on White Plains Television in February of 2016, on the PEOPLE TO BE HEARD PROGRAM. You can see that interview by going to www.whiteplainsweek.com,  and scrolling down to the PEOPLE TO BE HEARD ARCHIVES , and downloading the Sean Pica interview.