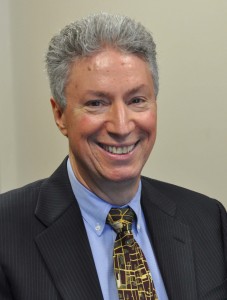 White Plains Board of Education hired a new Superintendent of Schools Monday night.

He is Dr. Paul R. Fried of Ossining, NY.. He comes to White Plains from the Montville Township School District, having been Supertintendent of Schools for 5 years there, and as Superintendent at Mamaroneck from 2005-2010.

Michele Schoenfeld, Clerk to the Board of Education told WPCNR this morning that Dr. Fried has signed a three year contract with White Plains beginning July 1, 2015  through 2017-18 for a salary of $275,000 a year, plus $500 a month car allowance, and a $10,000 a year annuity payment each year plus an allowance for communication equipment.

This school year 2014-15, Dr. Fried is employed at Montville Township schools in New Jersey at a base salary of $230,783.  Dr. Fried told The Bergen Record  he was  forced to leave because of  Governor Christie’s cap of Superintendent  salaries…which would have cut Fried’s salary by 30%  to $175,000.

Peter Bassano, a member of the White Plains School Board, told WPCNR, that over the two years the district has searched for a superintendent, Dr. Fried, “really stood out among the 70 to 80 candidates we looked at this year. His was a fit just perfect. We went after him.”

Bassano said, “he had the temperament, the experience, the track record of moving districts forward.” Bassano said he was impressed with Fried’s idea of starting a Humanities Advanced Research Project similar to the national Science Research program.

Asked if Dr. Fried had offered any ideas on how he would might advance the White Plains District forward in that the district is two-thirds Hispanic and African-American, Bassano said Fried needed time to learn the district, talk with educators, principals parents  before he could  formulate such plans.

Bassano said Fried had a strong background in both operations and academics. Bassano anticipated Fried would not be actively involved in forming the White Plains School Budget this year which WPCNR anticipates will top $210 Million, if it is “rolled over” without any cuts.  Previously Dr. Fried supervised a $70 Million school budget in Montville in a district of 4,000 students. (White Plains presently educates 7,164 students.)

Bassano said that Dr. Fried had worked with present Interim Superintendent of Schools Tim Connors, who shared insights as to how Dr. Fried was to work with.

Michele Schoenfeld said Dr. Fried was greeted by about 75 to 100 faculty, administrators, and parents and children at a reception last night at the high school. She said Dr. Fried said “he couldn’t have received a warmer reception, and thaty he would be working to win the trust of the community.” Ms.Schoenfeld said he would be returning to White Plains in the spring to meet with district personnel and parents on several occasions.

,
This year Dr. Fried is employed at Montville Township schools in New Jersey at a base salary of $230,783, The Bergen Record reported.  Dr. Fried told The Bergen Record  he was  forced to leave that district  because of  Governor Christie’s cap of Superintendent  salaries…which would have cut Fried’s salary by 30%  to $175,000.

Dr. Paul R. Fried was formerly Superintendent of the Mamaroneck-Larchmont School District from which he retired 5 years ago in 2010. He is according to the New York State Teachers Retirement Fund receiving a $201,701 pension from New York State.

A press spokesperson for the New York State Teachers Retirement System told WPCNR Thursday, if Dr. Fried turned did not turn 65 until  after July 1, he could still receive up to $30,000 in salary without having his pension suspended. The spokesperson added that once Fried turned 65 he could resume the $201,701 pension payment, because there was no limit how much money  he can  earn in addition to his pension once he passes the age of 65.

The White Plains City School District saves paying 17% of Dr. Fried’s salary ($46,750) into retirement benefits for him because he already is retired from New York State. However, since they are paying him  a $10,000 annuity each year the savings in pension payments is $36,750. The school district told WPCNR they did not know Dr. Fried’s exact age at the time he comes on board.

Currently 64 years of age, if he turns 65 after July 1, he will continue to receive the $201,701 pension ( in addition to his White Plains Superintendent’s salary beginning July1, next year), according to the Empire Center for Public Policy. The Center told WPCNR if a person is receiving a pension and they are over 65, they can earn any amount of money in another position.

When Dr. Fried retired from Mamaroneck in 2010, the Larchmont Gazetter reported:the Mamaroneck Schools wrote: “Under Dr. Fried’s leadership, Mamaroneck has soared to new heights. For the first time, the District has developed a system for setting measurable goals for all key areas of work, including student learning, which has enabled much progress to be made in the areas of curriculum consistency and development. A structure now in place creates a highly organized process for teacher goal setting, observation and evaluation, and raises expectations and support for quality teaching. Additionally, the District has significantly and positively changed its relationship with the Mamaroneck Teachers Association (MTA)….he has paid special interest to: early learning and intervention….technology – bringing the District to the 21st century with updated financial, student database, and communications systems.”

The Montville Board of Education said it was “heartbroken” the Dr. Fried, due to Governor Christie’s salary cap on Superintendents of Schools,  was forced because of person circumstances to leave,

White Plains Superintendents of Schools1874 to 2015