↓
Home Menu ↓
Home→Put a Tarp on It and Set Em Off Next Week. Did anybody think Wednesday and Thursday nights in the Michaelian Building and White Plains City Hall? 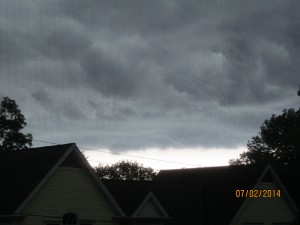 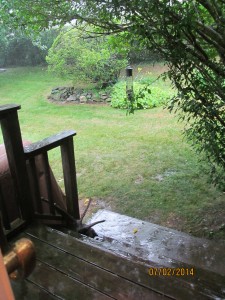 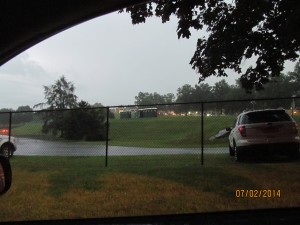 All I can say after the fiascos of two days of government-administered fireworks in active thunderstorms the last two days, is that I do not understand the thinking or lack of it displayed by our County and City Fathers.

Wednesday afternoon,  with humidity massing, and weather forecasts all day predicting thunderstorms before  dark, The Mayor’s Office said they would send out a media advisory as to whether the White Plains High School fireworks were “on.”

Did City Hall activate their Garbage Day Advisory Phone Call-out system to advise citizens in White Plains what to expect? No.

There were no media advisories sent to this reporter during the entire evening of White Plains fireworks.

No one was coming over to the Haviland Manor neighborhood to park and walk into the fireworks. The public was not notified the amusements were cancelled at 7 to this reporter’s knowledge. An e-mail perhaps? How inept, how lazy, how unthinking. How irresponsible!

The grounds at the high school were good and wet.

By 8 PM it was raining very hard and lightning was flashing regularly through the rain clouds and thunder was heard. No cancellation.

But at 8:30, a half-hour early, they started the display. So if you were coming out working with a 9 o’clock start, you missed it!  How utterly inexplicable. Again…no media advisory.

City Hall yesterday did not respond to this reporter’s inquiry on why the fireworks were not cancelled or couldn’t be cancelled and how much it cost the city to put on the show that few saw.

More to the point, the  clean up of the fireworks put police and fire and DPW personnel at risk in the lightning cleaning up the display after the show that no one saw went off.

I understand the forecast was just as bad for Thursday night, the rain date. It is being reported that the city felt they could not do it Thursday so had to do it Wednesday. So kill it. Don’t compound an error of judgment just to feel good about yourself that “we got through it.”  That is Custer’s Last Stand thinking.

Just to show you leadership or what passes for it is the same every step on the political food chain, Westchester County fireworks at Kensico Dam faced a more dire forecast Thursday night,

By 8 PM it was raining cats and dogs with thunder and lightning at the dam and the hundred or more so cars that were parked, were being directed out. Not too much thinking by the county on that either. The forecast was much worse and they were parking people anyway. By 8 they were moving them out.

Well, this is so typical of government. They do not think. They react. Into the Valley of Lightning rode the six hundred.

For White Plains not to have cancelled their Wednesday display recklessly endangered their city personnel on the scene not too mention folks who came out.  It is reported  folks who came out were housed in the auditorium (the lightning was frequent).

This is lame.  The city is guilty once more of not providing timely information to the public, blindly pursuing a course of action or a policy that is not people friendly or people-concious, or mindful of safety.

They need some kind of public relations savvy because who ever is running it now – and this goes directly to the Mayor’s Office, whoever is making decisions there is apparently overwhelmed with the responsibility with no grasp that communication is not bad, it is essential.

Now, fireworks manufacturers do have wrappings and protective packaging to protect fireworks from rain before shoot-off.

How about a giant fireworks staging tent over the assembled ordinance? My grill stays dry, why can’t the same tarp/tent contraption extend over the fireworks?

Why didn’t the county and the city call their shows off, run them either next week, or Friday, Saturday or Sunday? Oh, I guess they did not want to pay overtime or miss their 4th of July plans.

So if the fireworks display is only acceptable during the week before July 4, why do them at all? Why pay $25,000 or more for a show that few people see?

However – I do have a suggestion for the relentlessly innovative administration in White Plains:

The city shoots off fireworks down there for the New Year’s Eve Celebration in White Plains.

If you shot off the July Independence Day fireworks in Renaissance Fountain at Main and Mamaroneck—if it rained or lightninged the populace could just duck into the restaurants and bars.

The city could make a fortune in parking tickets – and since we already know we can do fireworks in the downtown without burning down the city–we do it every December 31 thanks to the relentlessly innovative Mayor Joseph Delfino, that would be the solution.

I can already see the dollar signs lighting up in the Mayor’s eyes at this suggestion.

Just a reporter, trying to help.

The city and county were lucky last night no one was struck by lightning at these dual fiascos of feckless management.