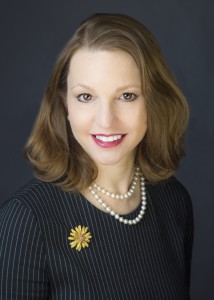 J. Michael Divney, Chairman of the Board of Directors of White Plains Hospital, announced that the Hospital Board of Directors has selected Susan Fox to become President and Chief Executive Officer upon Jon Schandler’s retirement in 2015. Fox will succeed Schandler following his 38-year tenure during which he established the Hospital as a leader in providing quality health care in the region.

Divney confirmed that the Board had approved the succession at a recent meeting. “Since coming to White Plains Hospital three years ago, Susan has been instrumental in advancing our Hospital’s mission of providing high-quality and compassionate health care for the residents of the Westchester community and has demonstrated to the Board that she has the skill and vision to lead us into the future,” he said.

Fox, a longtime Westchester resident, brings more than 25 years of health care management experience to her position. Prior to joining White Plains Hospital in 2010 as Senior Vice President of Administration, Fox served as Senior Vice President, Physician and Ambulatory Network Services at North Shore Long Island Jewish Health System (NSLIJHS), where she worked for 14 years.  Prior to NSLIJHS, she was a Senior Manager of Health Care Consulting at Ernst and Young.

“Susan is the right choice to secure White Plains Hospital’s future in the new world of health care,” said Schandler. “She has established herself as a progressive leader, who understands the complexities and challenges that exist in the rapidly changing health care environment, and has a strong vision for the success of our Hospital.”

Schandler was named President and CEO of White Plains Hospital in 1981. In January 2013, the Board voted to make Fox President, while Schandler retained his role as CEO until his planned retirement in 2015.

Connecting with the physician community has been a primary focus of Fox’s since coming to White Plains Hospital in 2010.

“Over the past several years, Susan has aligned the hospital with physicians in a myriad of ways with the intent of supporting each of us to be successful and well equipped to continue providing exceptional and personalized patient care,” added Alfred Roston, MD, gastroenterologist and current President of the Medical Staff at White Plains Hospital.

Among the other initiatives Fox led was the creation of White Plains Hospital Physician Associates, which now includes more than four dozen physicians covering many specialties including: thoracic surgery, orthopedics, medical and surgical oncology, general surgery, obstetrics and gynecology, and internal medicine.

“I am thrilled to be part of White Plains Hospital, an organization that I feel personally connected to, and committed to, because I know the care we provide our community is so special,” said Fox.  “I look forward to building on the foundation of exceptional care that already exists here.”  She continued, “Additionally, I am fortunate to be able to continue collaborating with Jon Schandler during this time of transition and growth. His legacy of three decades of solid leadership is a great asset for us as we ensure the Hospital’s continued success in this new health care era.”

Susan Fox, a resident of Larchmont, holds a B.S. in Nursing from Columbia University and an M.B.A. in Healthcare Administration from Baruch College/Mount Sinai School of Medicine.  She began her healthcare career as a pediatric intensive care nurse.